One of the best wreck dives in Thailand!
; 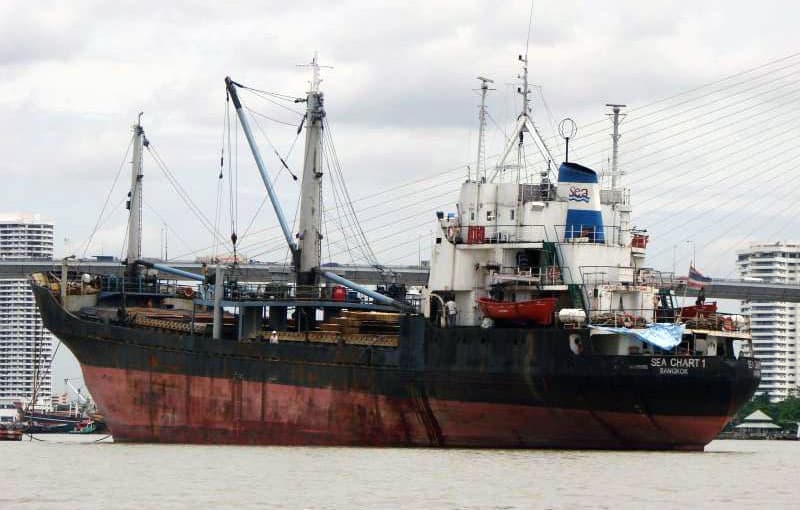 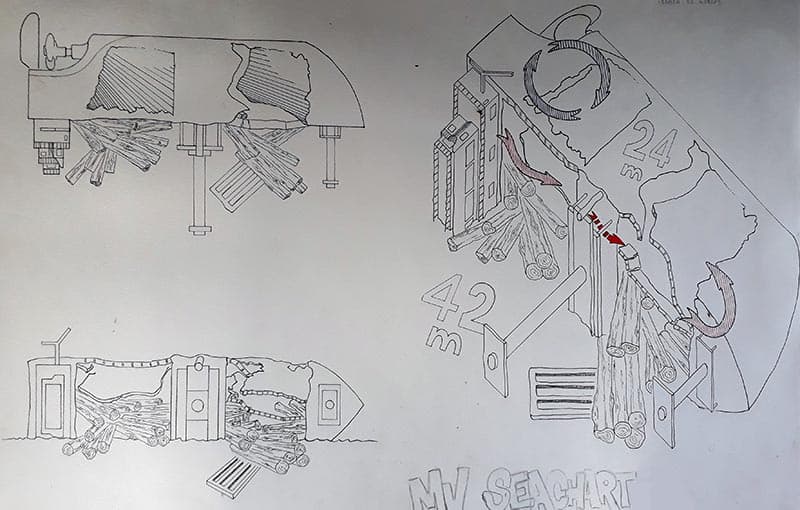 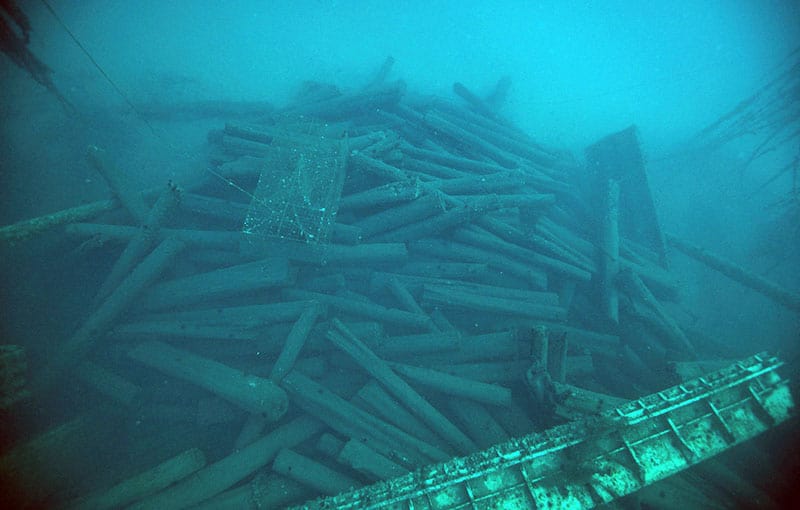 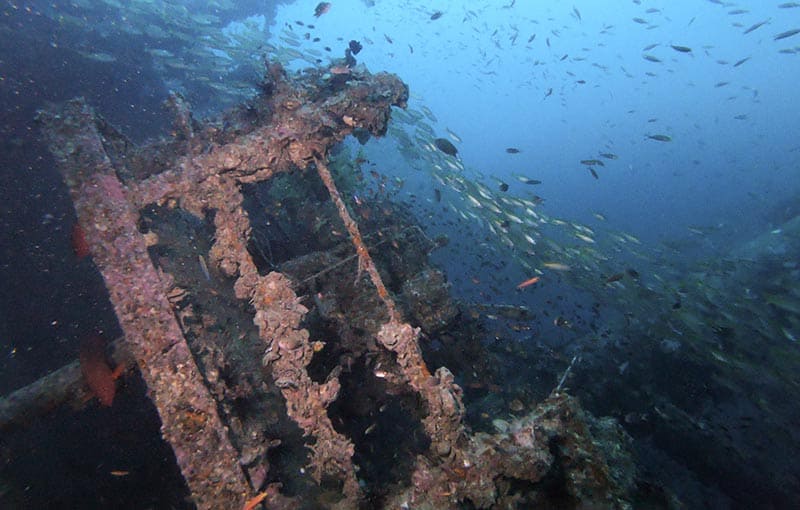 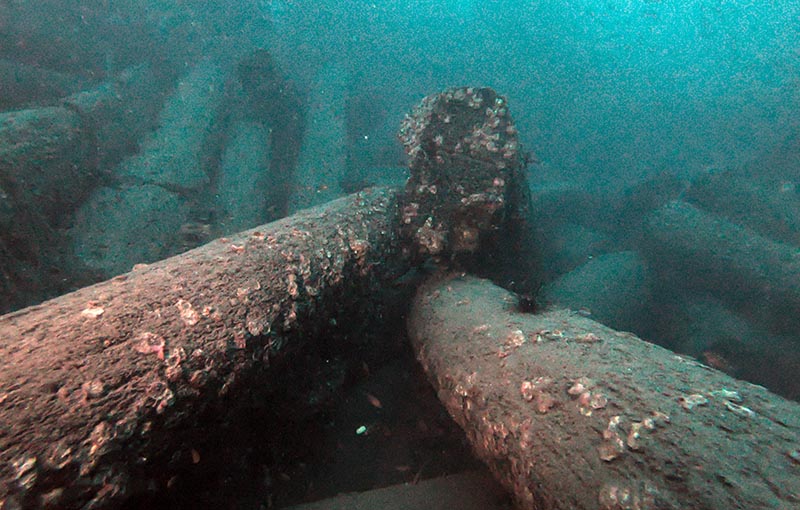 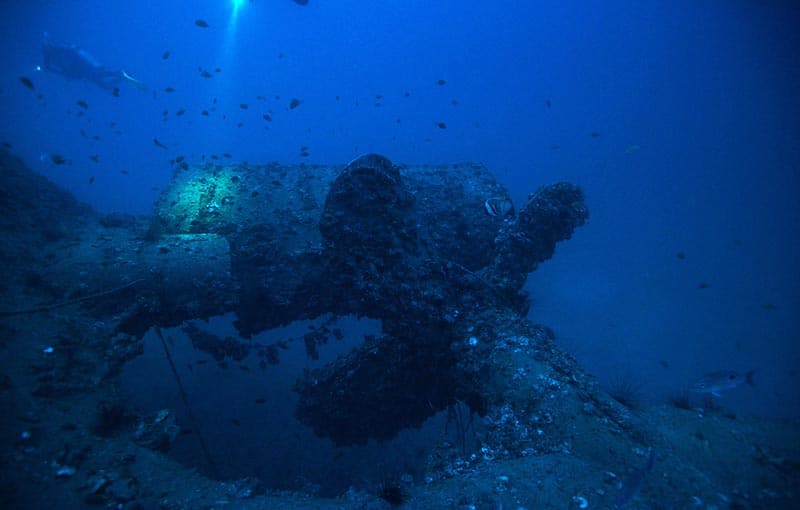 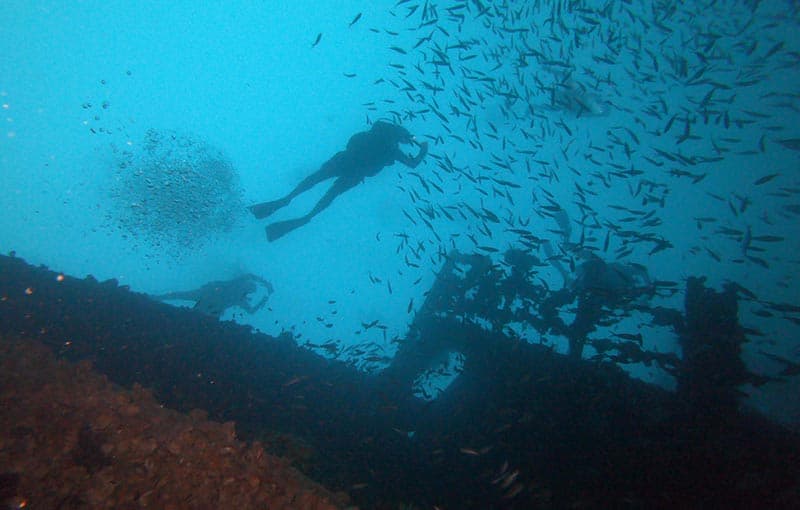 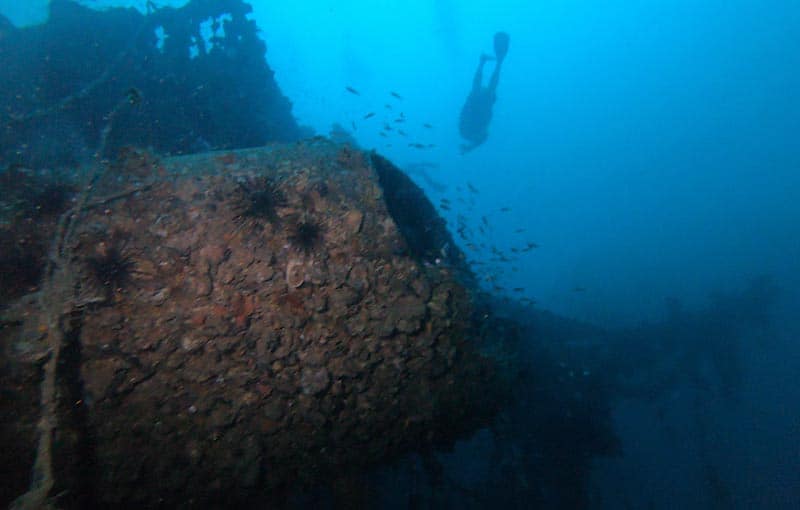 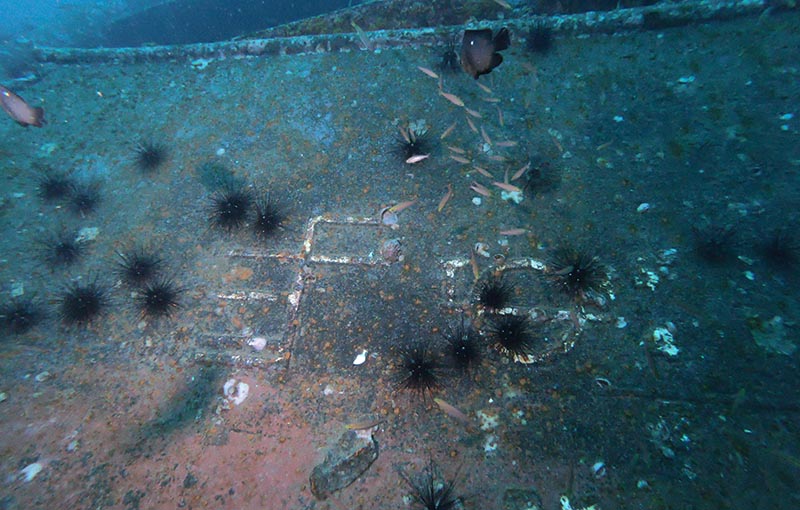 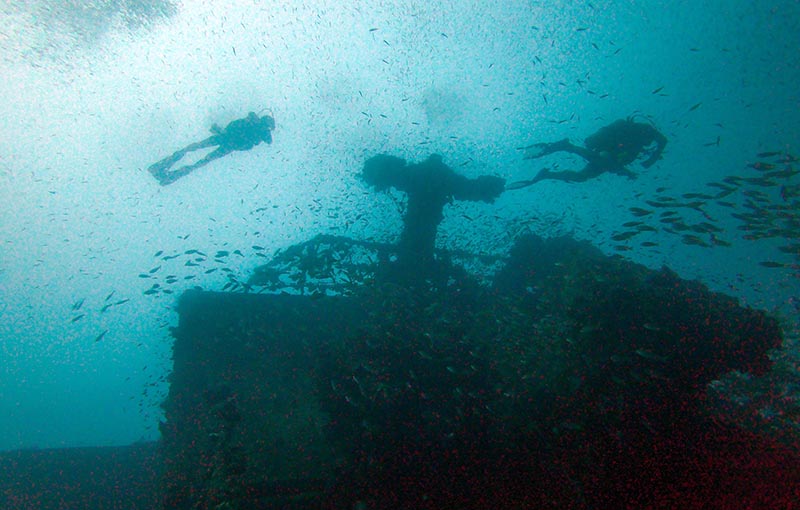 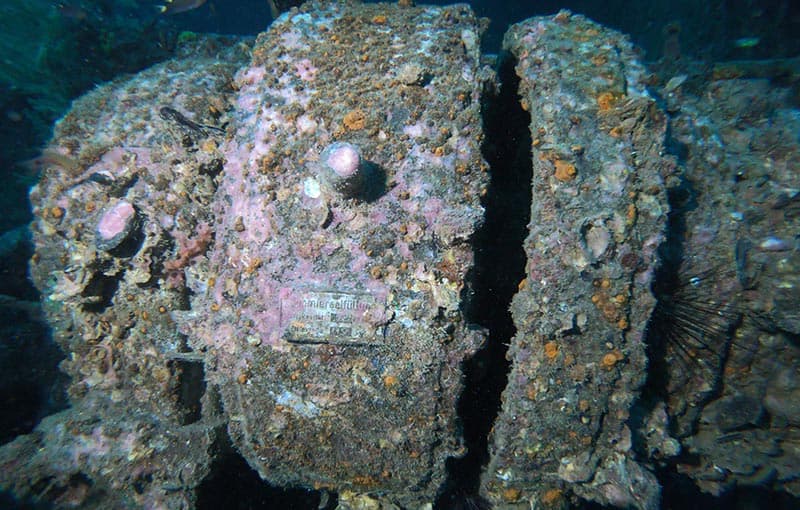 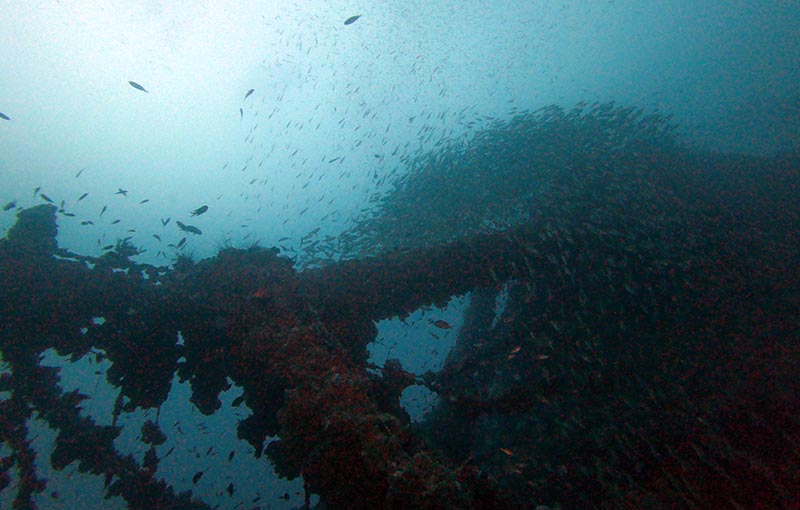 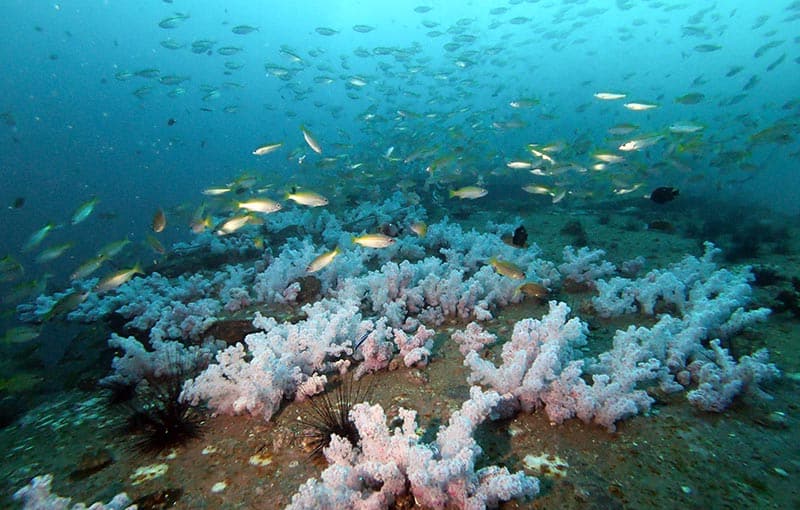 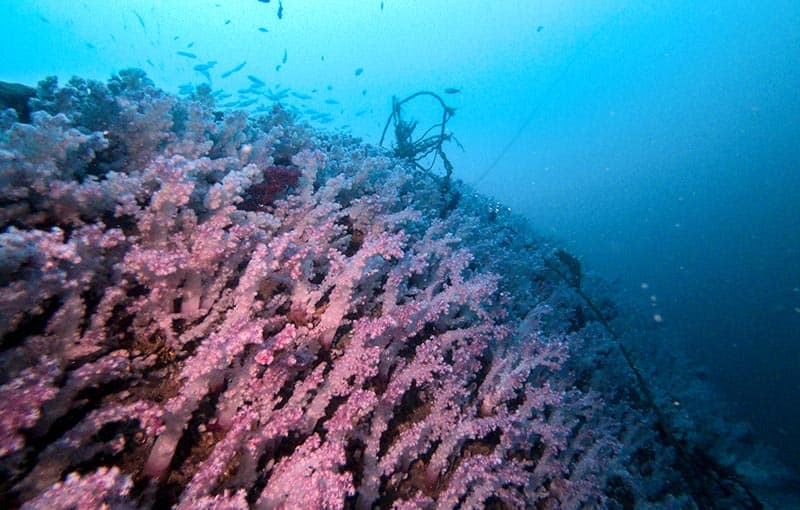 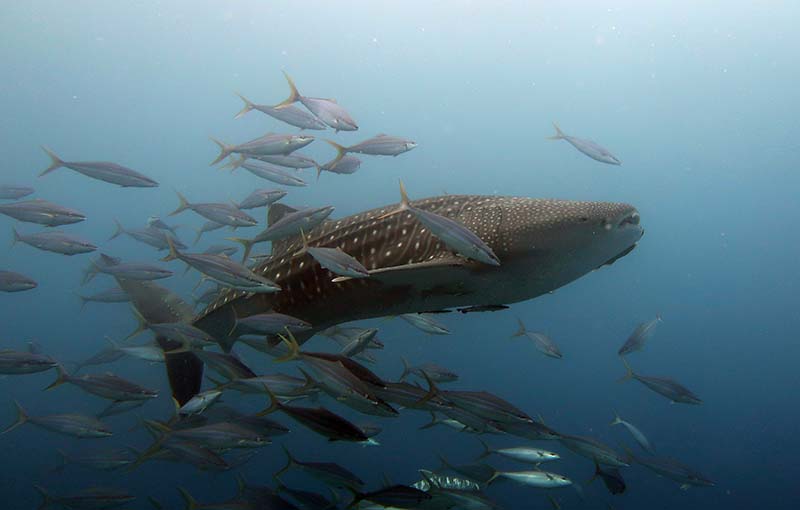 It was August 2009 when MV Sea Chart 1 was transporting 1,200 teakwood logs from Myanmar to Vietnam, a cargo of immense value. The ship encountered problems when caught by a heavy storm just offshore Khaolak, and inevitably sank. All the crew was rescued by the Royal Thai Navy which is based at Tablamu Harbour very close by. The 84 meters long and 12 meters wide MV Sea Chart Wreck now rests on its starboard side, on a 42 meters deep sandy bottom. The owner wanted to salvage the precious cargo as soon as possible, but everything was put to a halt after the Thai Navy claimed the salvage right and started a court case that to this day has not yet been resolved. We, as divers, are grateful that the MV Sea Chart Wreck is still there intact with all its cargo, making it one of the top Thailand wreck dives! Besides the breathtaking views of the wreck itself and its fascinating cargo, MV Sea Chart Wreck hosts a huge amount of marine life. There are lots of Lionfish, Batfish, unusual nudibranchs can be found crawling on the steel, a school of big Rainbow runners and Pickhandle Baraccudas are often around, and not to mention the massive school of Yellow Snappers that covers the whole upper part of the wreck. On top of it all, always keep an eye up to the blue, as for some reason MV Sea Chart Wreck is also one of the dive sites with higher chances to spot Whalesharks when they are around! The shallowest part of the MV Sea Chart Wreck is at a depth of about 24 meters and the dive site is often subject to currents, making it suitable only for experienced divers. The visibility can also be very variable, as it can randomly be anything between very low to crystal clear.