One of the best Koh Haa dive sites
; 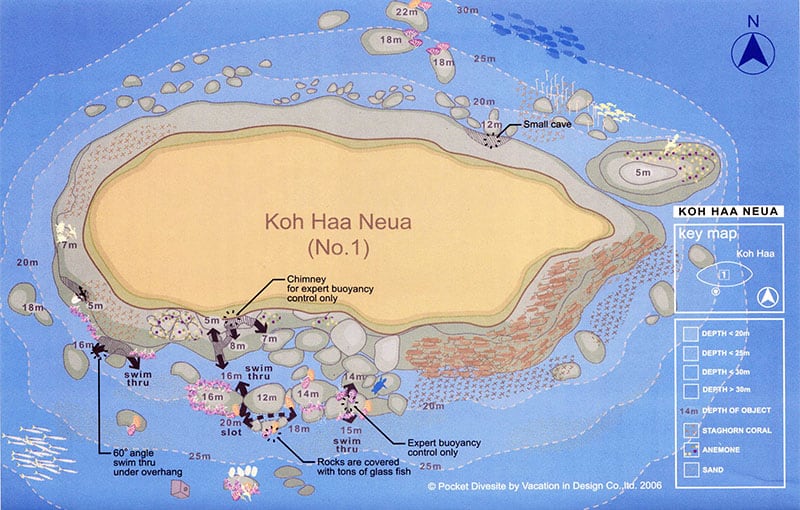 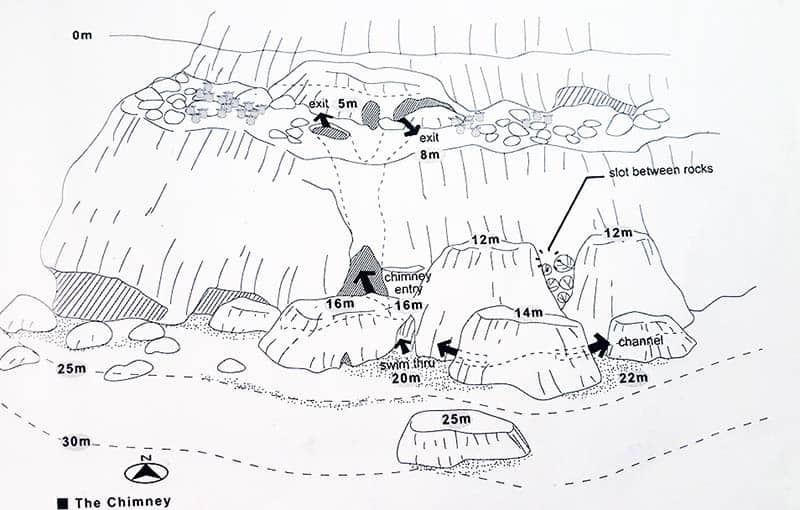 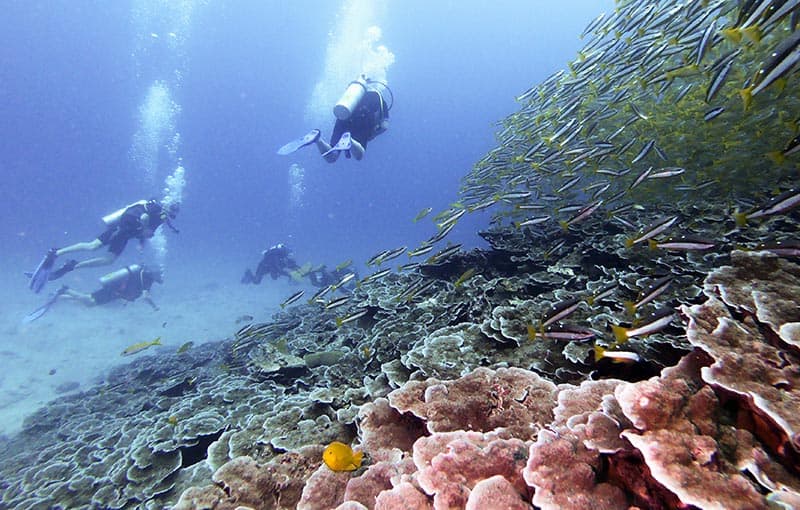 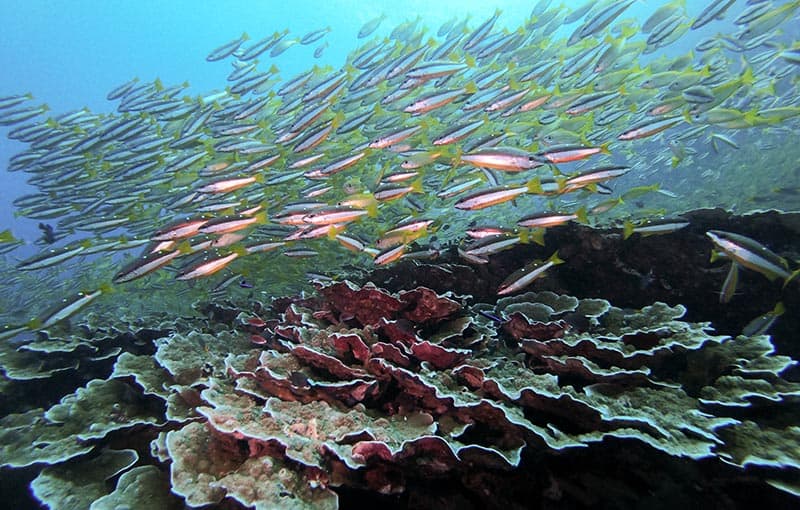 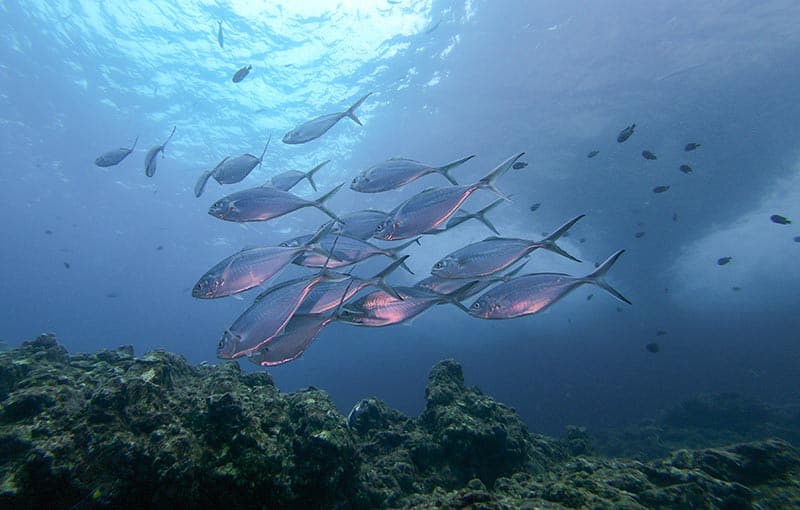 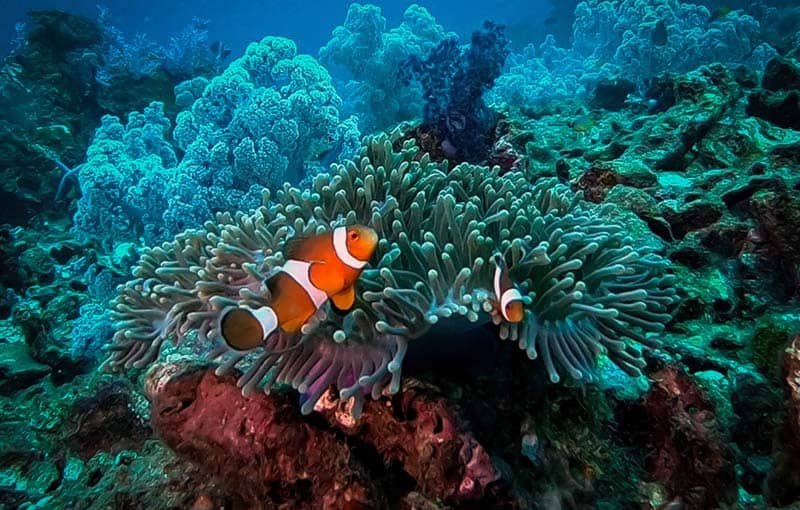 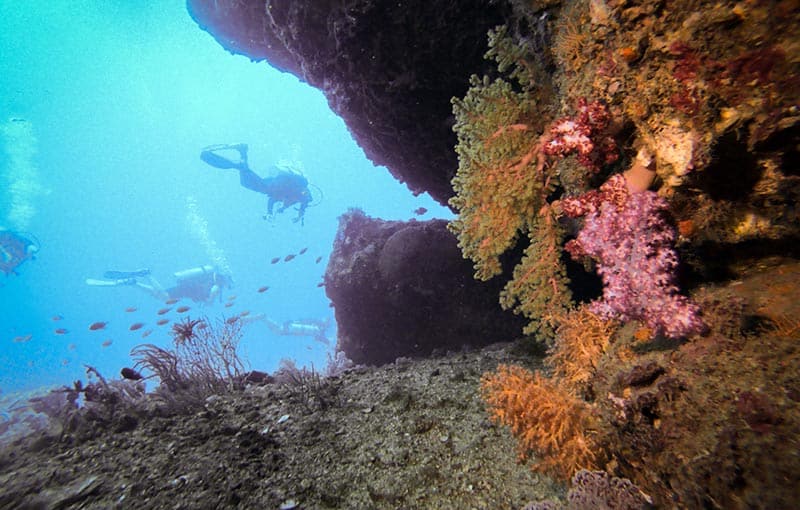 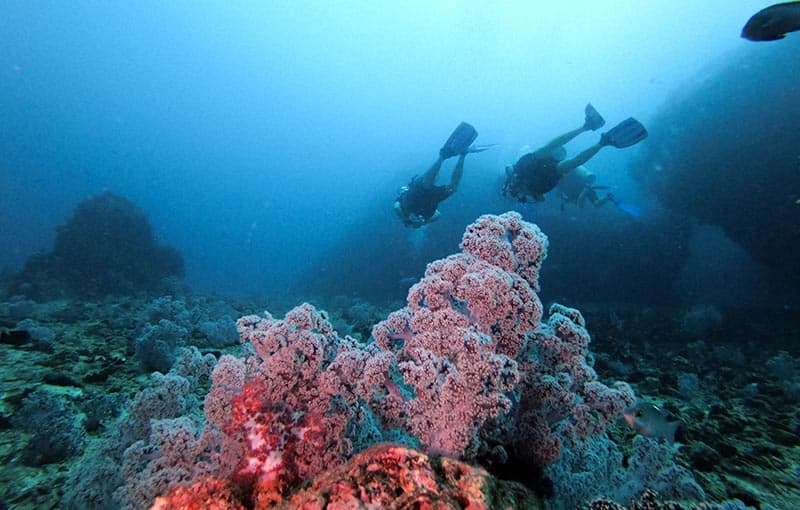 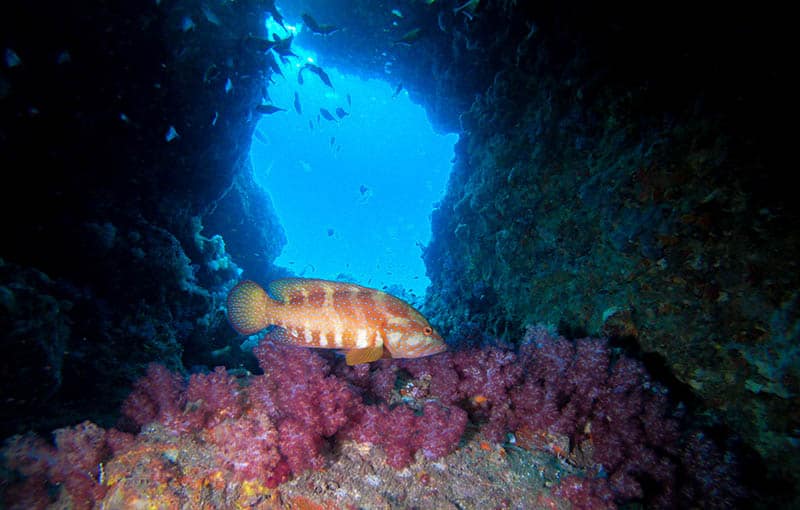 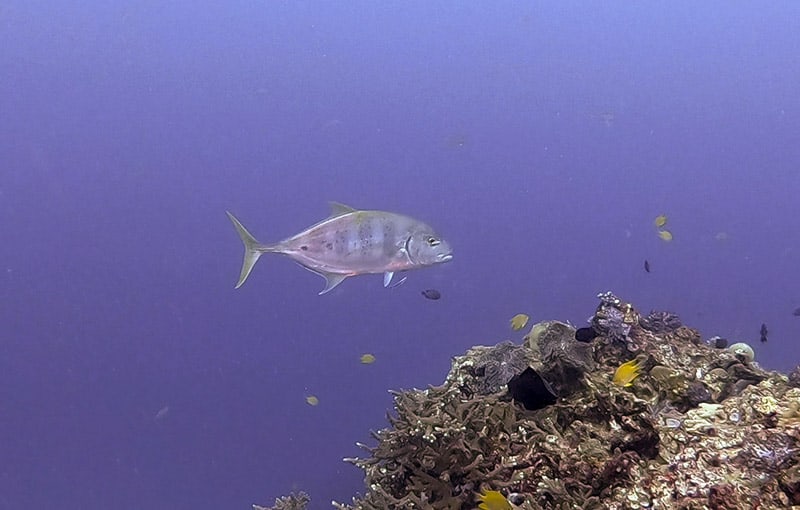 Koh Haa Neua is the northernmost island of the Koh Haa Archipelago, and in fact, the word “neua” is the Thai word for “north”. The island is surrounded by pristine reefs, mixed between hard and soft corals. We usually start our dive at the eastern corner of the island and then proceed west along the southern coast. The first part of the dive is characterized by an amazing sloping hard coral reef, here it’s always easy to find plenty of moray eels and large schools of yellow snappers. While approaching the middle of the island the scenery changes, as the landscape now features scattered limestone boulders/outcrops mostly covered in purple and pink soft corals and colorful sponges. The sandy bottom around 25 meters is also covered in soft coral, offering amazing scenery. But the highlight of Koh Haa Neua is actually not the beautiful reef, but instead the “chimney”. At 16 meters, between the island and the boulders, lays the entrance of a grotto that leads to a chimney-like vertical hole. The passage has two exits, one at a depth of 5 meters (straight up) and the second one, which is the one we normally use, at 8 meters across a short horizontal tunnel. Diving through the chimney is very exciting and provides great scenery, however, divers must stay well focused on their buoyancy during their ascent in the enclosed and at times narrow space. After the chimney we keep moving west, gliding on top of the shallow hard coral reef until it’s time for our safety stop. Among the other things, looking into the cracks and crevices at Koh Haa Neua is often possible to spot some rare macro life such as ghost pipefish or seahorse, as well as shrimps and nudibranchs. Large trevallies often cruise around the dive site.