One of the top Phi Phi Islands Dive Sites
; 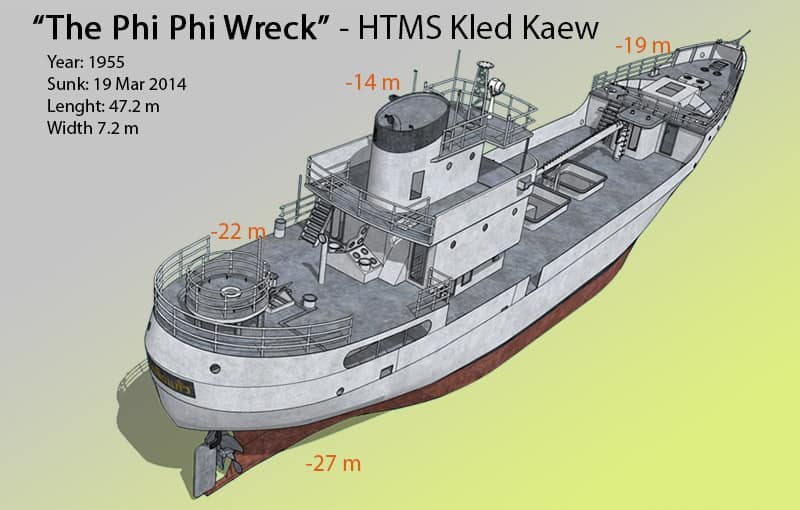 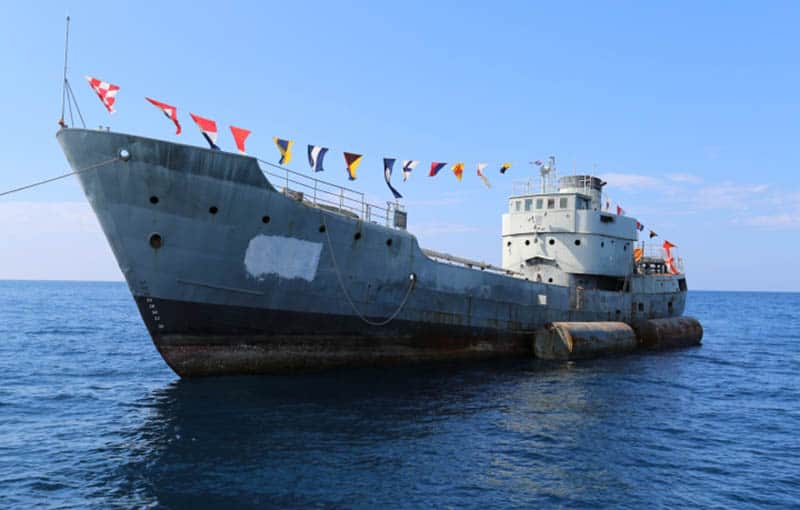 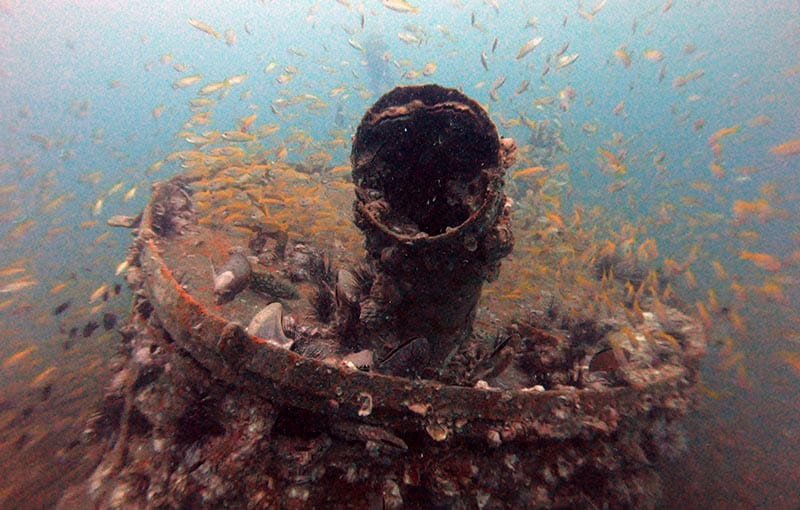 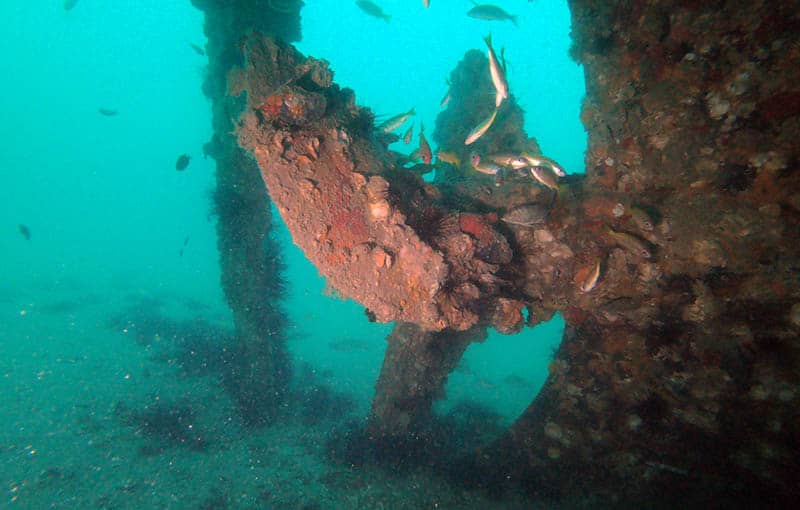 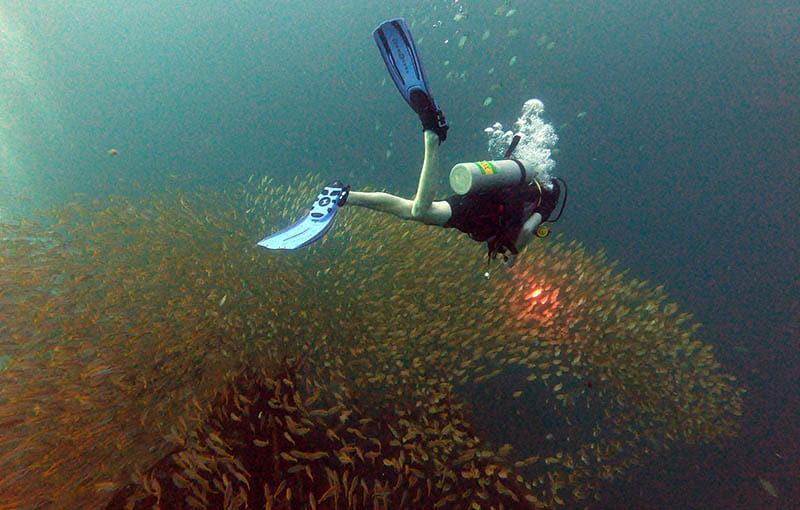 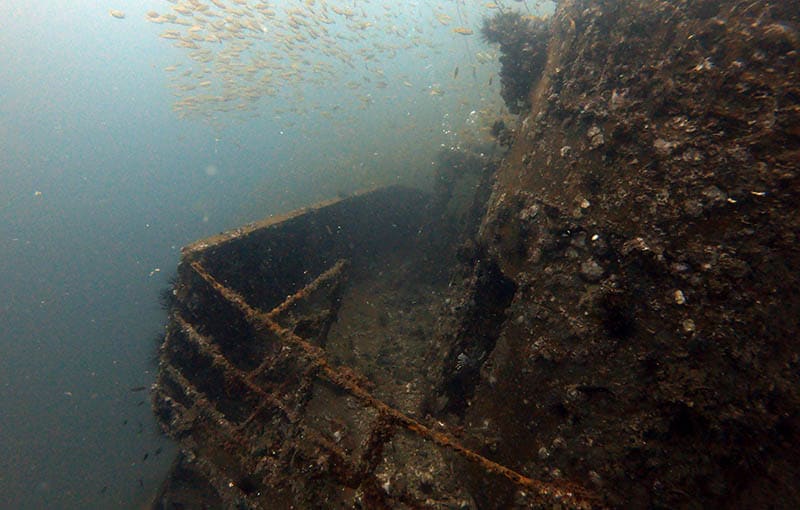 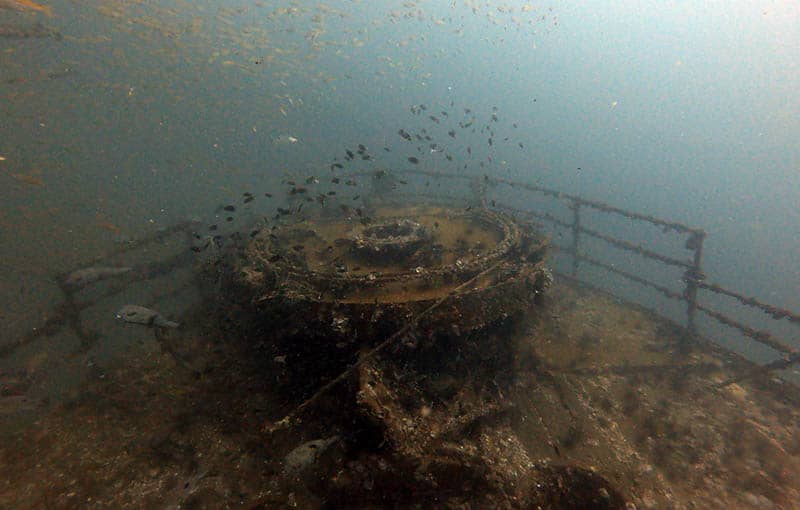 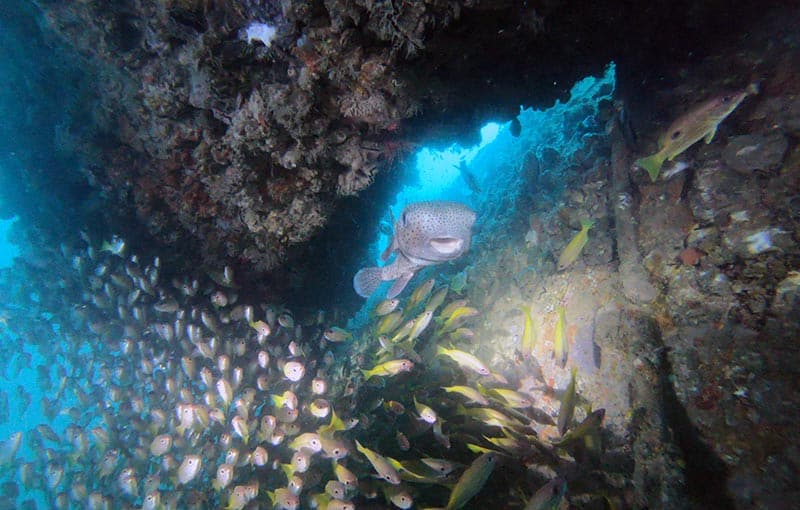 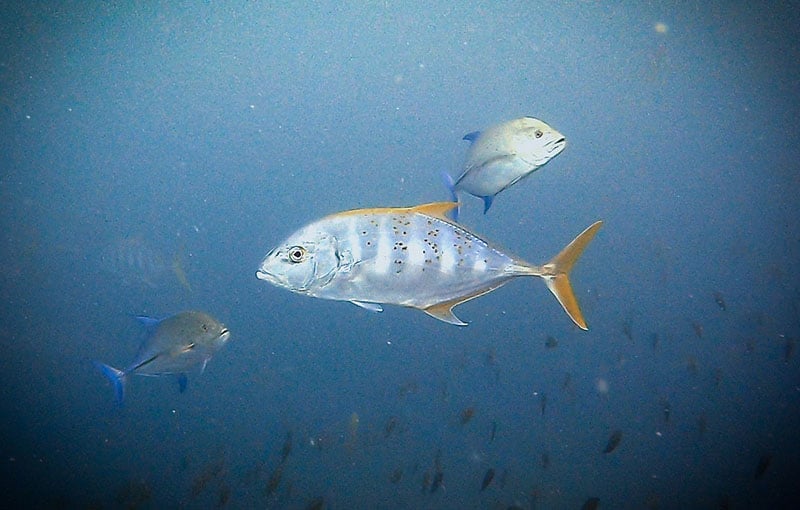 AKA “The Phi Phi Wreck”, HTMS Klad Kaew used to be a Norwegian Navy supply vessel built in 1955 and later on acquired by the Royal Thai Navy. After many years of service, in 2014 the time had come for this 47 meters long ship to be decommissioned. Rather than chop it up and sell the metal for scrap, the Thai Government had the brilliant idea of sinking it right off Phi Phi Leh Island’s Viking Cave (east coast) making a wonderful dive site for us divers. The controlled sinking was done on 19 March 2019 and the operation concluded perfectly, as the ship slowly landed upwards on the flat sandy bottom. In the process they also stripped the ship of any hazards, removing all the wirings, doors, hatches, engines and anything else that could cause trouble to the divers, making it totally safe for penetration dives as well. The relatively shallow depth also makes it an accessible dive for all levels of divers, as the top of the superstructure (shallowest point) is only 14 meters deep while the sandy bottom is at 27 meters. There is normally a mooring line with a rope that from the surface goes straight to the wreck, making descent procedures fairly easy. Apart from the interesting wreck itself, Klad Kaew Wreck hosts an incredible amount of marine life making it one of the best Phi Phi Islands Dive Sites. We usually start our dive going straight to the sand, circling all around the wreck looking for some special sights where the hull meets the bottom and have a look at the huge propeller as well. Then we shallow up a little bit to fly over the large front deck where lots of large porcupine fish tend to school in an unusual way, a very interesting sight. We then move onto the upper deck on the stern and circle around the superstructure, this area usually hosts a massive school of yellow snappers, the school is so big that at times it completely covers the sight of the wreck. This abundance of small fish of course attracts predators, so it’s pretty common to see some pretty large jacks scouting around in the hopes to get an easy “snack”. With a close look at the steel parts it’s always possible to spot dozens of scorpionfish all over the wreck, although they are well camouflaged. Lots of lionfish can be found as well and sea urchins are all over the sand and the decks so it’s always important to keep good buoyancy, stay at safe distance and of course not touch anything! Apart from the bigger stuff, the Klad Kaew Wreck is also a perfect dive for the macro enthusiasts as on the rusty steel plates and handrails it’s always possible to spot a large variety of colorful nudibranchs.