One of the best Racha Noi Island Dive Sites
; 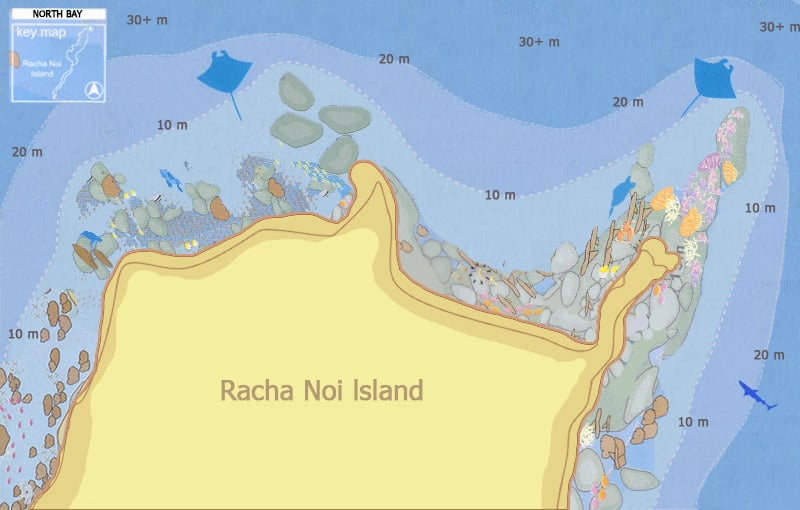 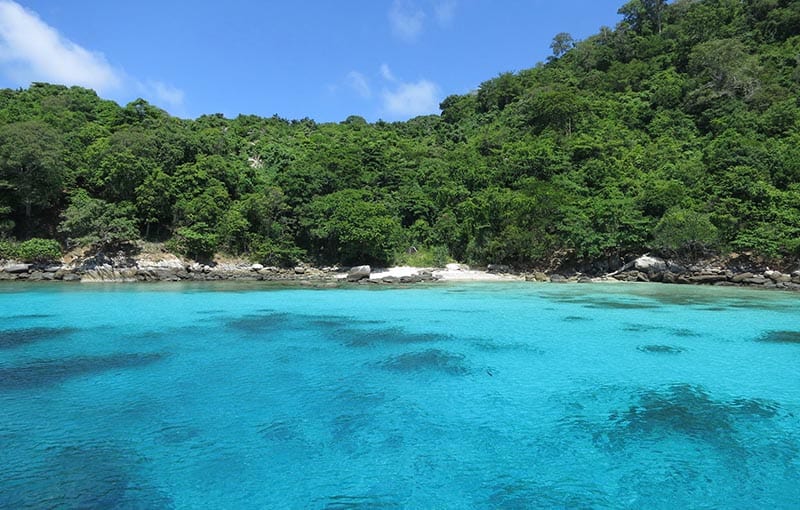 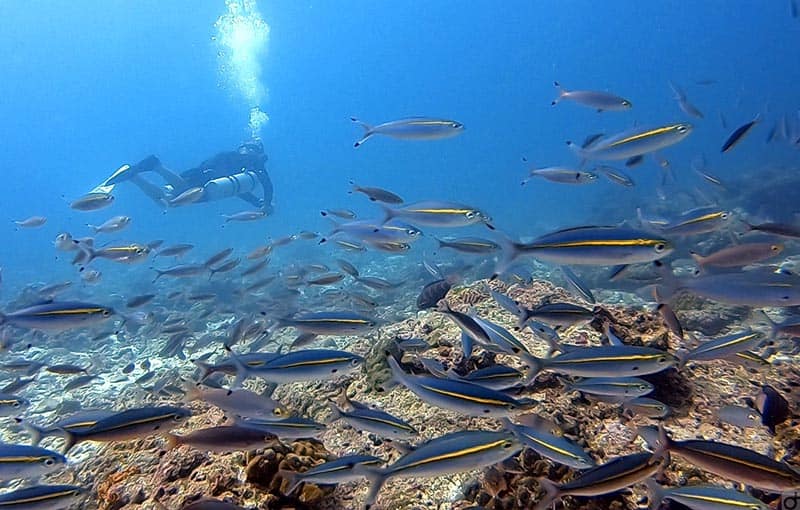 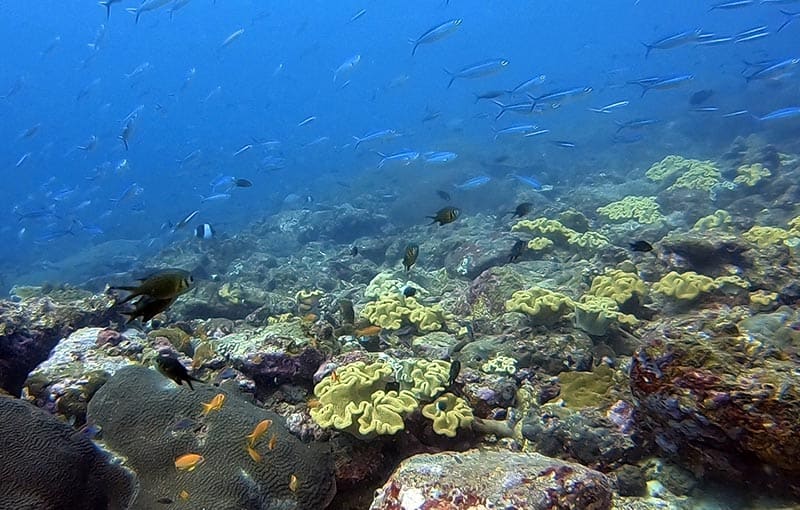 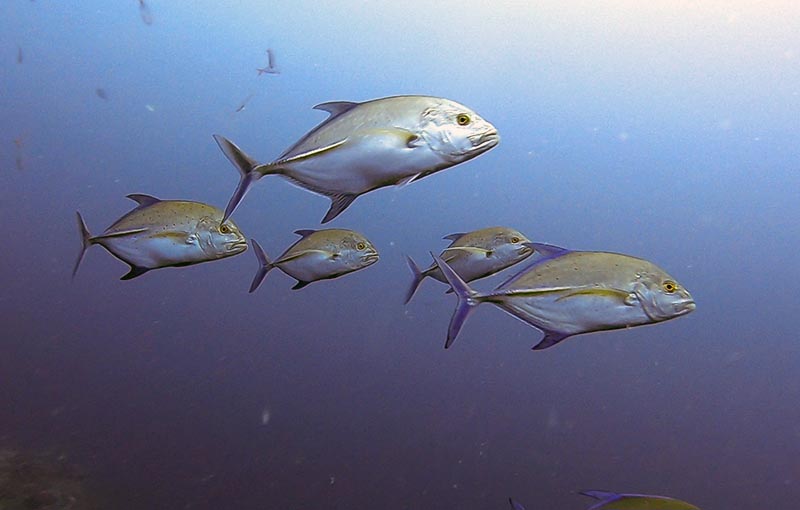 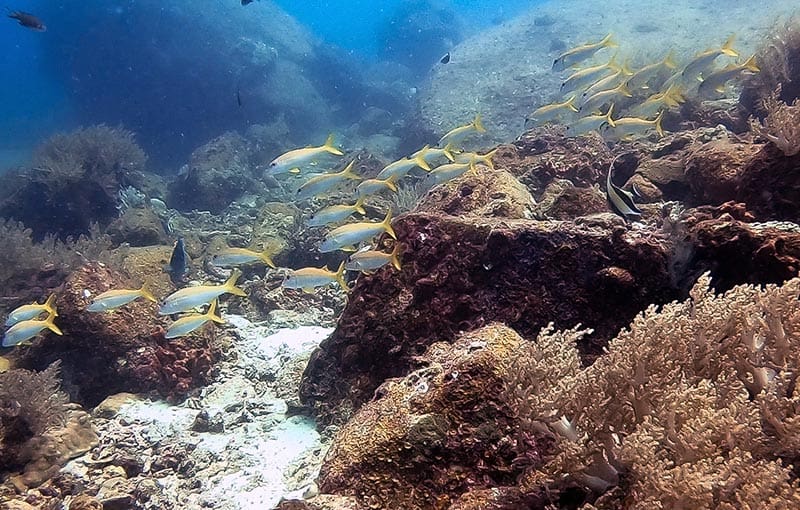 Situated on the northernmost point of Racha Noi Island, the bay allows three different dive options. The bay itself is quite shallow and is usually well sheltered so perfect for beginner divers. On the east side of the bay there’s is a formation of granite boulders that takes most of the dive to cover, ending with a big drop off that sloped down to over 40 meters of depth. The west side instead offers some very interesting rock formations different from any other Racha Noi Dive Sites. The shallow area of the bay is mostly made of sandy bottom with scattered small hard coral bommies. The hard coral reef gently slopes down to about 20 meters of depth and attracts a lot of reef fish, giant morays and octopus. In the deeper areas along the granite boulders on the east side is sometimes possible to spot some small schools of chevron barracuda. It is important to be alert while reaching the end of the boulders on either side, as sometimes there can be a strong down current pushing deep. Always keep an eye to the blue as Manta Rays can occasionally cruise by! Past the spectacular rock formations on the west side is a very healthy sloping reef mostly made of hard corals, that houses a large variety of reef fish and sometimes some pelagic passing by.