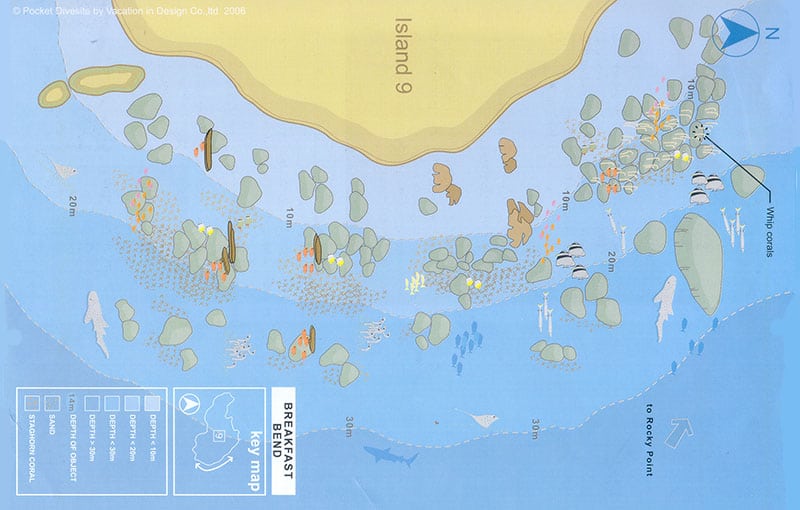 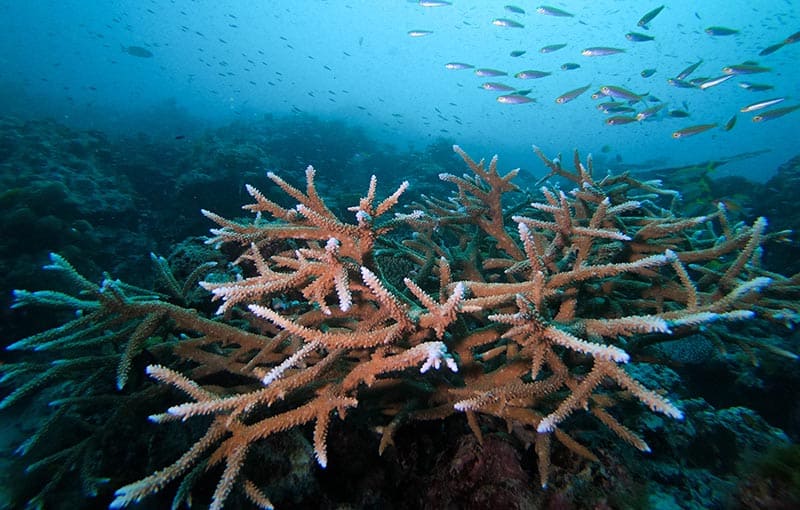 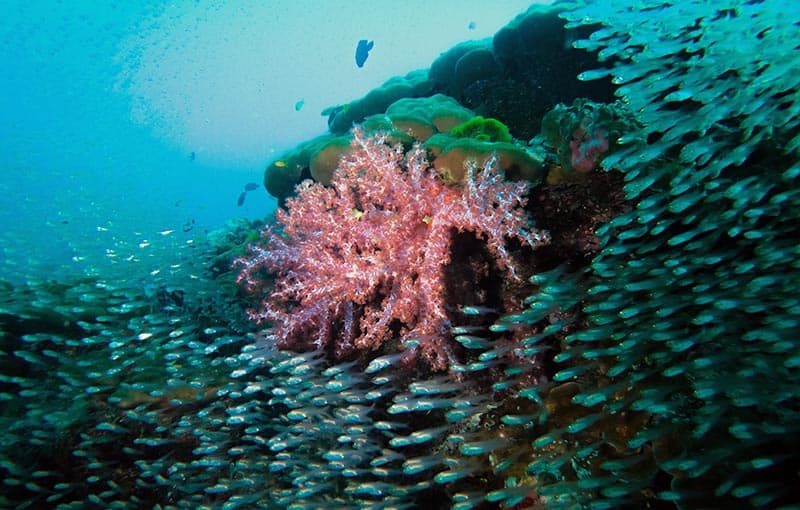 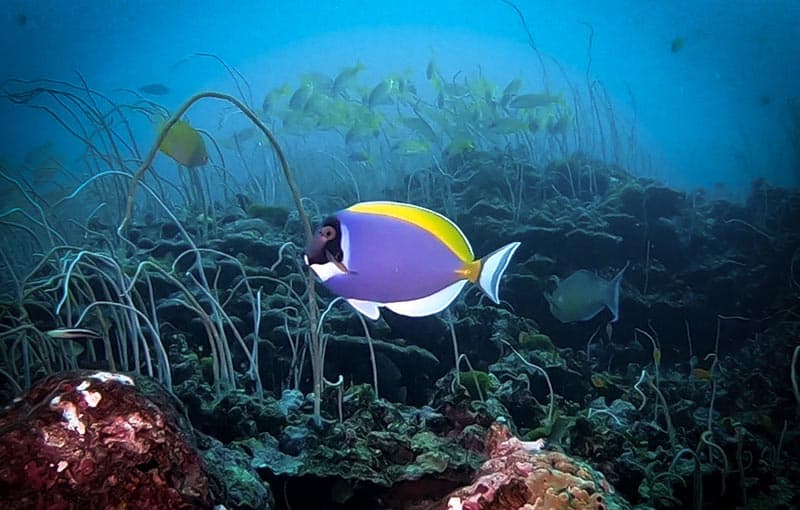 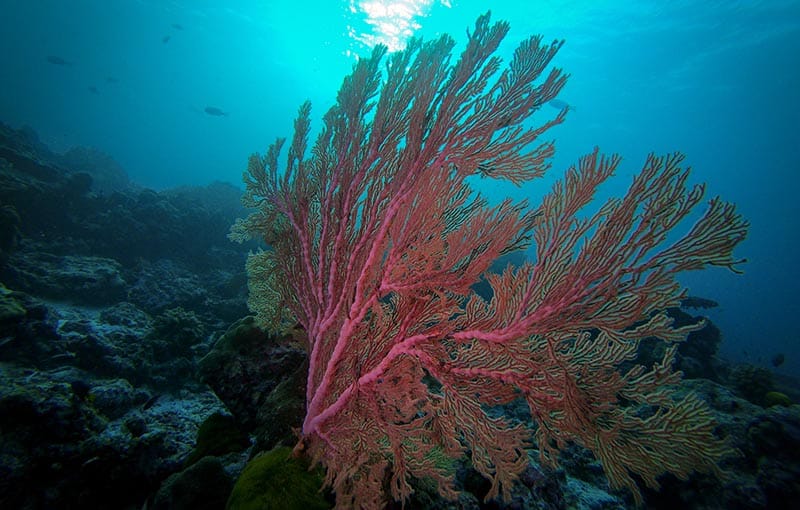 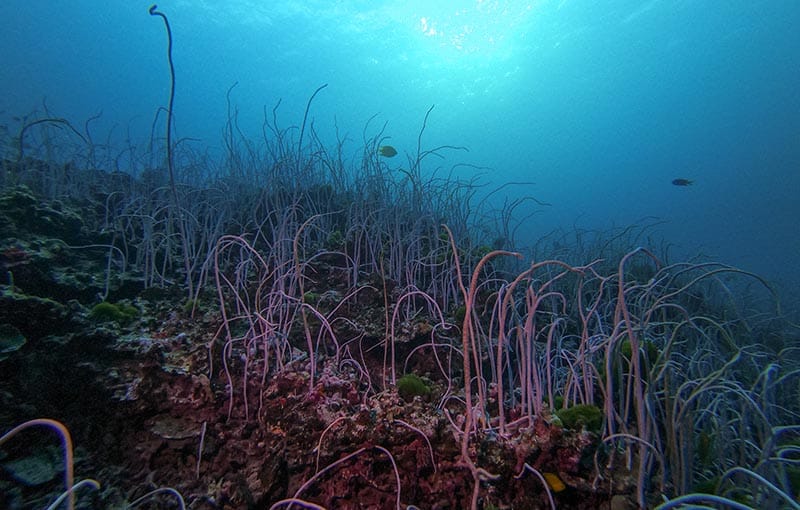 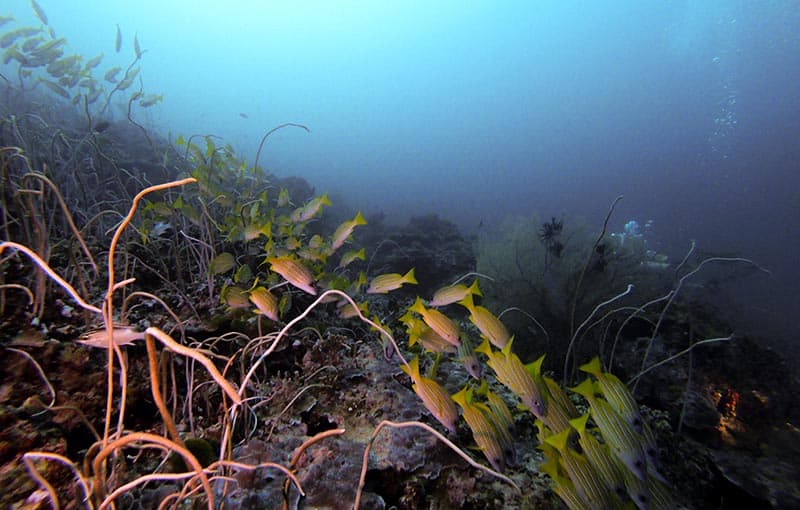 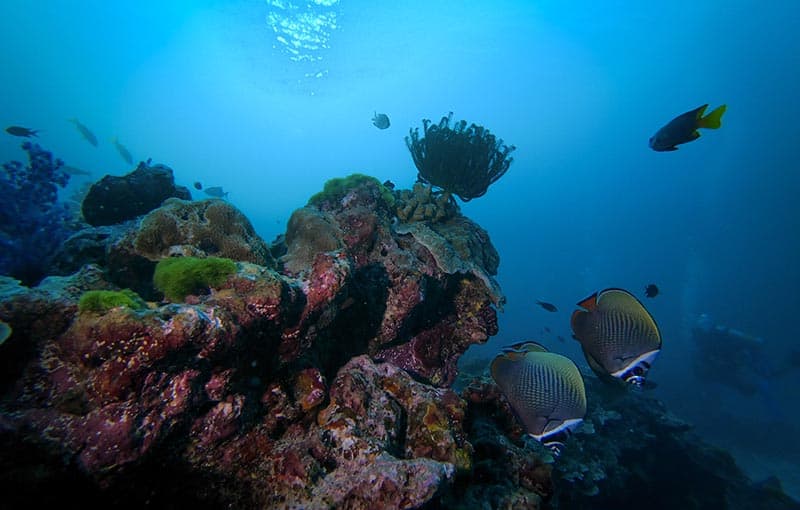 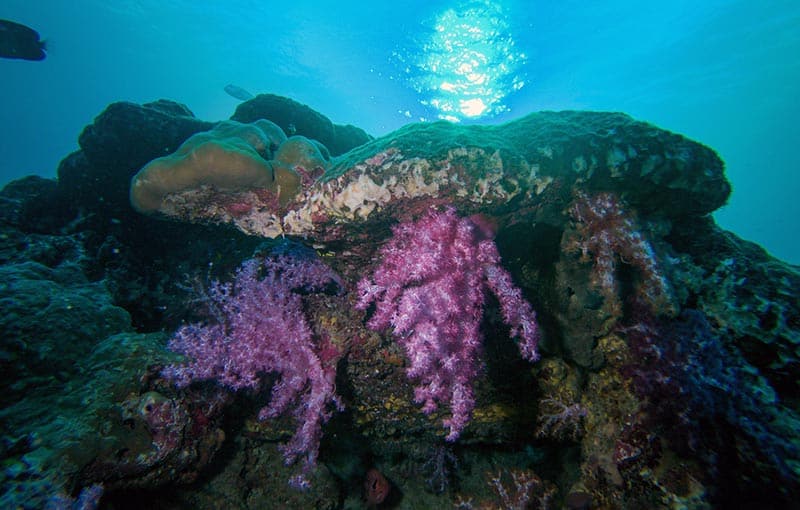 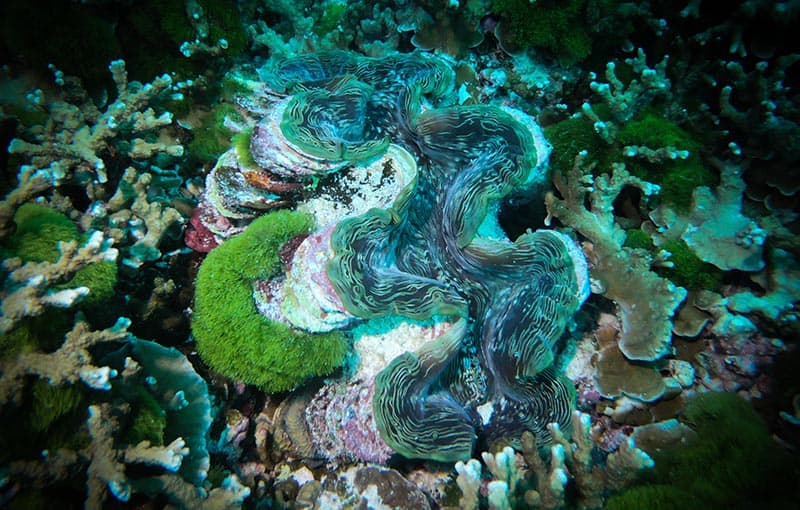 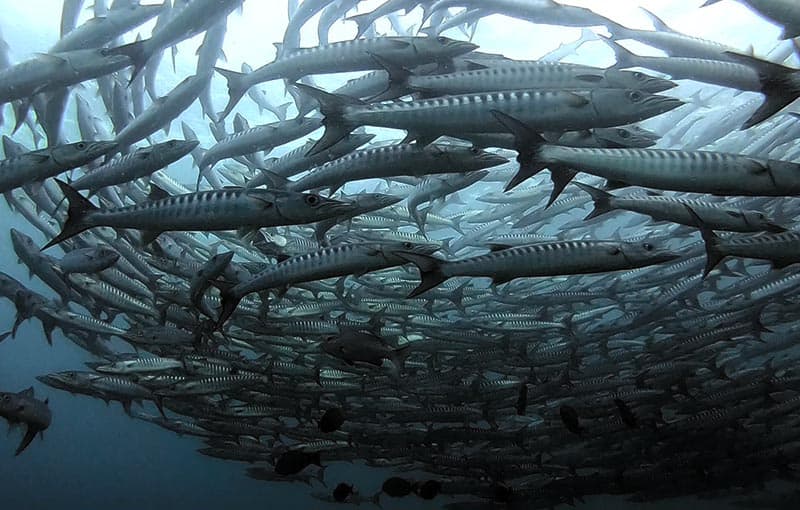 Breakfast Bend, also known as Three Trees, stretches along the entire eastern side of Similan Island No. 9 (Koh Bangu). The name comes from the fact that in the early days of the Similan Islands diving the site was usually dived at breakfast time. A spot in the jungle covering the island’s cliff is also characterized by three trees that are next to each other and particularly taller than the others, a landmark that gives the other nickname to this dive site. The actual reef is made of of a sandy slope that starts at about 8 meters of depth and going down to over 20 meters, covered in rocky outcrops and coral bommies. The reef is overall very healthy, with large patches of Staghorn coral alternated with patches of colorful soft coral – blue, yellow, pink and purple. The northern side of the reef is characterized by a huge, beautiful and unique whip coral garden that makes divers feel like being on an alien planet. The marine life is also abundant with tons of reef fish, and during a sunset dive, trevallies are often hunting on the reef. Stingrays and garden eels can be found on the sandy bottom. The highlight of the dive, when lucky enough to spot them, is certainly the enormous school of Forster’s Barracudas that ae often found whirlpooling as a giant underwater tornado on the reef, an absolutely breathtaking sight. The dive site also hosts a few resident Napoleon Wrasses Leopard sharks and white tip reef sharks are sometimes spotted at Breakfast Bend too!