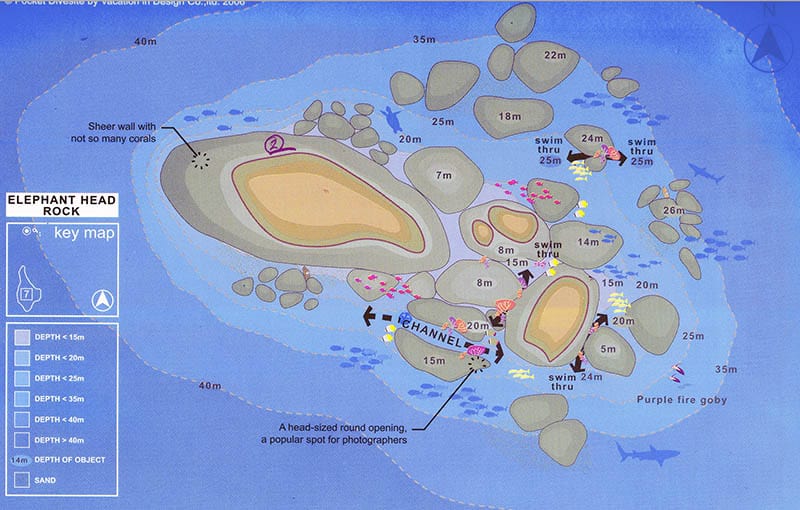 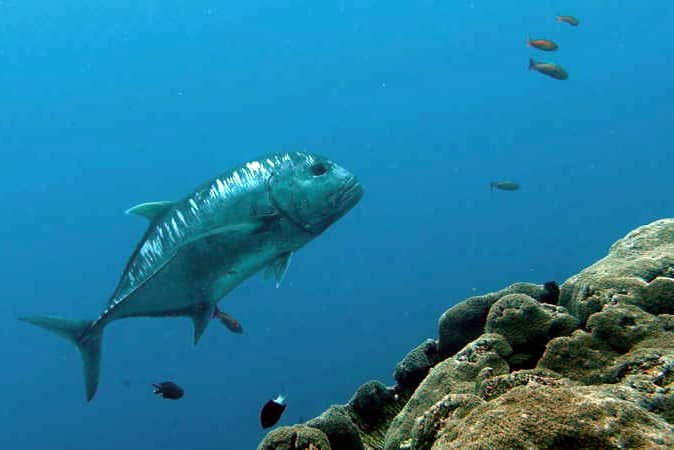 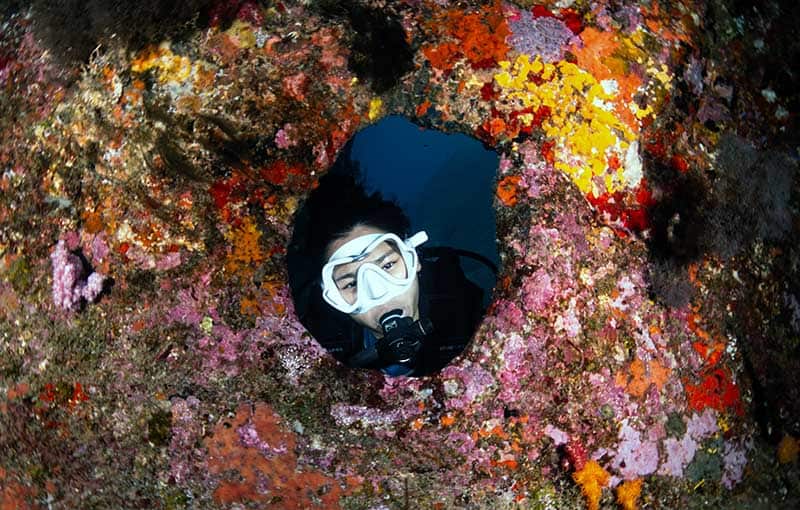 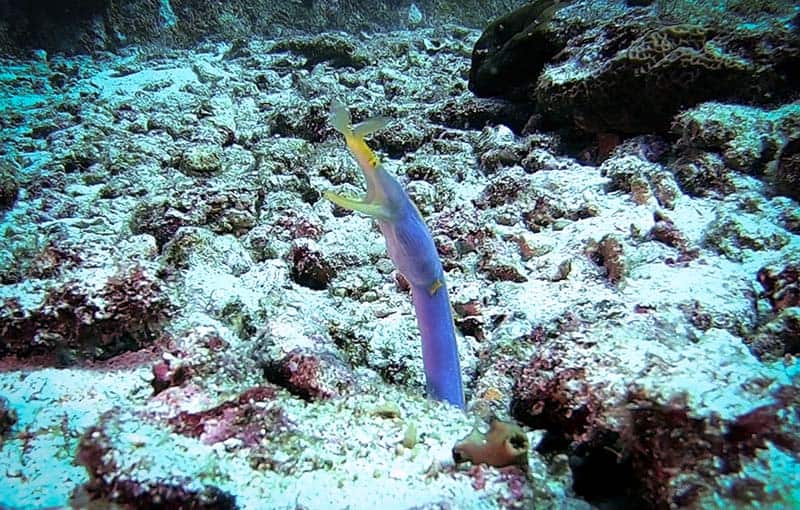 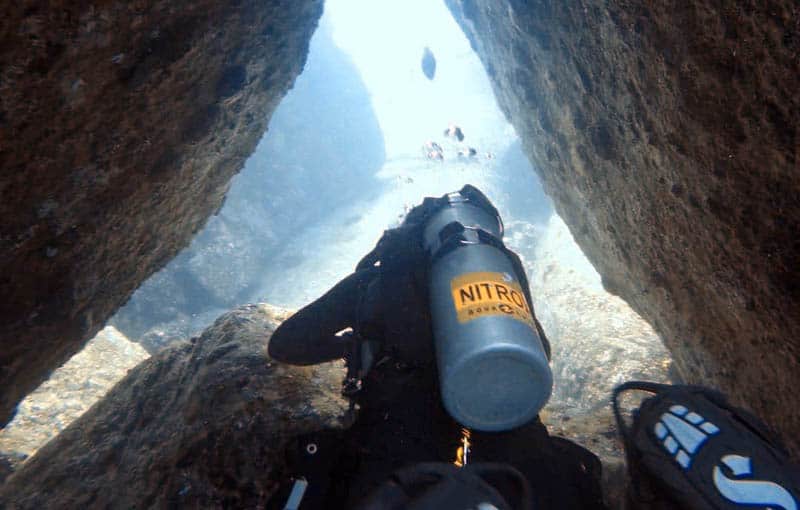 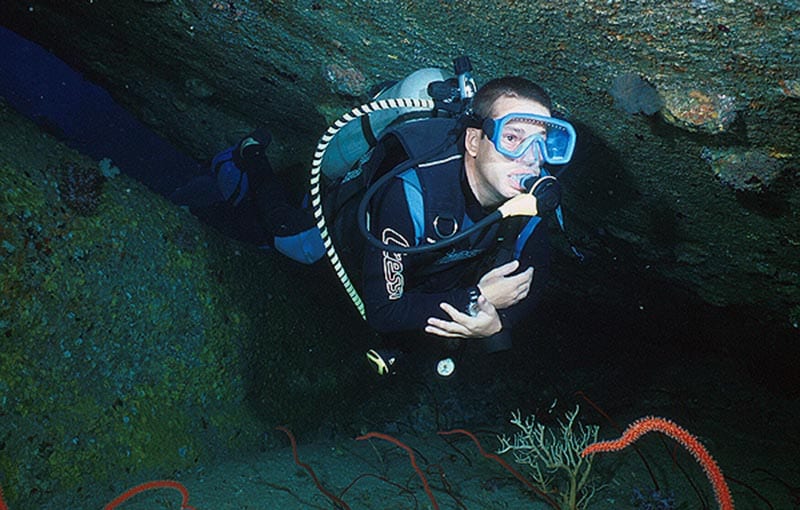 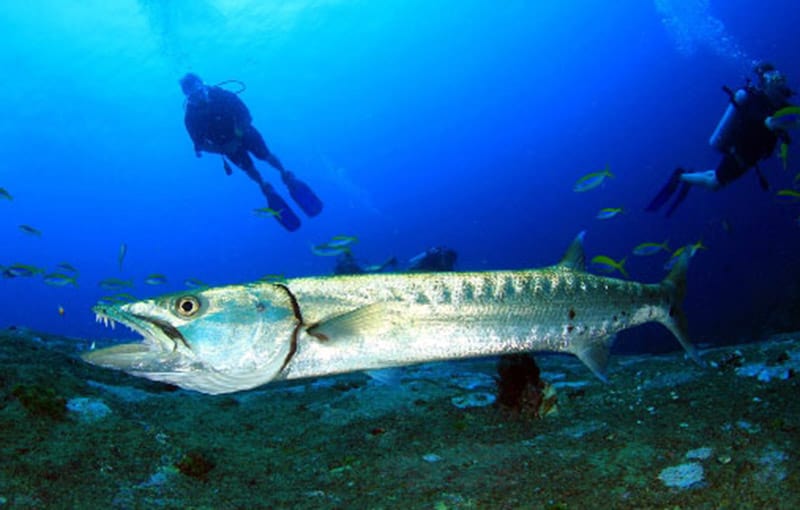 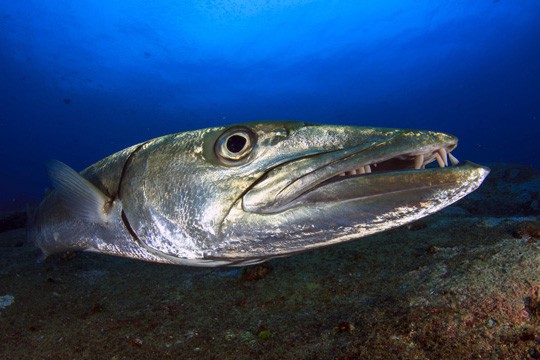 Elephant Head Rock is a MUST dive site, and probably the most peculiar of the Similan Islands Dive Sites. The dive spot is basically a pile of huge granite boulders in the open sea southwest of Island #8, towering up from depths of over 40 meters all the way to the surface. We could say that Elephant Head Rock is basically a giant playground for divers, designed and gifted by Mother Nature herself. It was named for the part of the site that actually breaks the surface, a series of boulders that when viewed from a certain angle might resemble an elephant’s head peeking out of the water. Although there is indeed an impressive amount of fish lurking around the dive site (some big monsters too!), Elephant Head Rock is all about the boulders, as any other interesting trait is definitely overwhelmed by their sheer majesty. As if that weren’t enough, the boulders are piled up in a way that creates a lot of different swim-throughs, channels, canyons, and other passages that guarantee a fun-filled dive for the divers. Elephant Head Rock also offers a large amount of interesting marine life, including species that are rarely seen on other dive sites. Among the other things, colorful Ribbon Eels can be often found on the sandy patches between boulders, while schools of huge Giant Trevallies often cruise over and between the boulders looking for prey. A resident Great Barracuda of impressive size is often found hovering on top of the shallower, while around the deeper ends it’s sometimes possible to spot sharks such as White Tip, Black Tip, and even Grey Reef Sharks. Although Elephant Head Rock is a unique and amazing Similan Islands dive site, divers must be aware of the often very strong currents that affect the dive site. On some days the strong current hits the boulders, bounces around, and then moves in very unusual ways creating up currents, down currents and at times even whirlpools. It’s therefore very important to closely follow the path of the dive guide in order to safely enjoy the dive and instead avoid getting caught into an unpleasant and potentially hazardous situation. Because of this, Elephant Head Rock is a dive site suitable for experienced divers only.