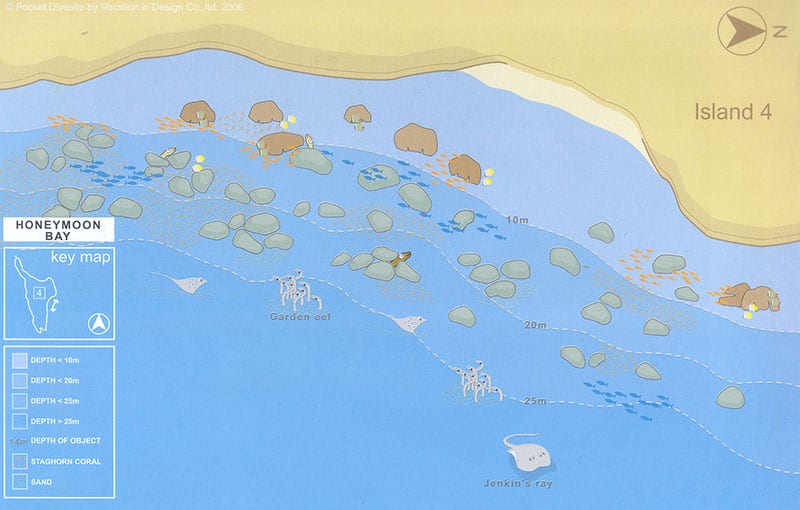 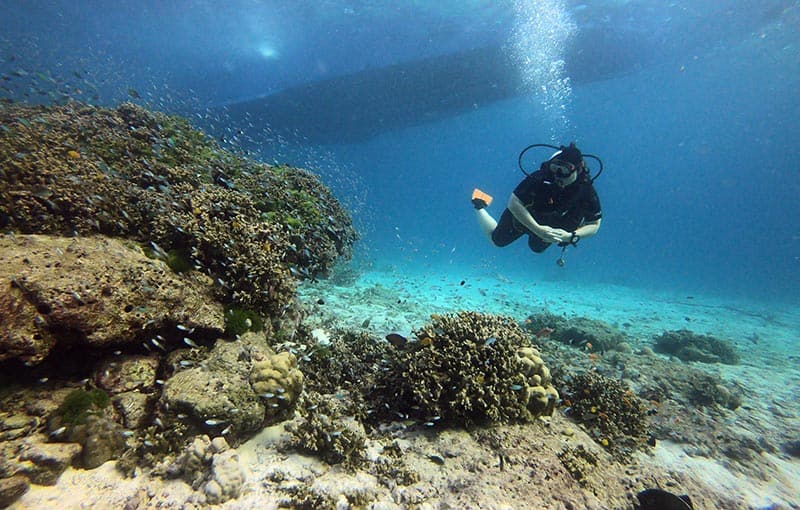 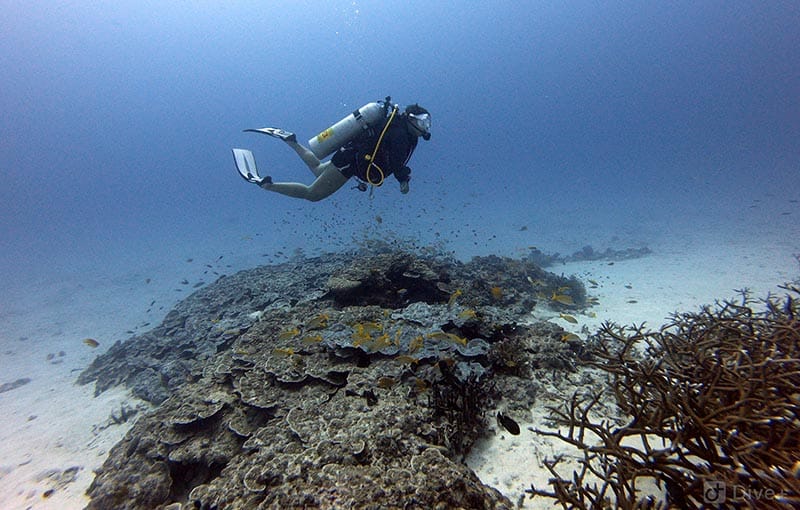 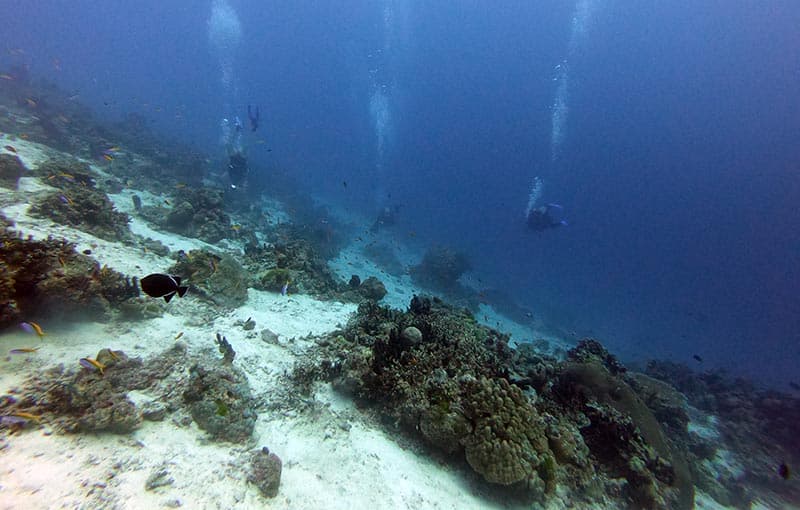 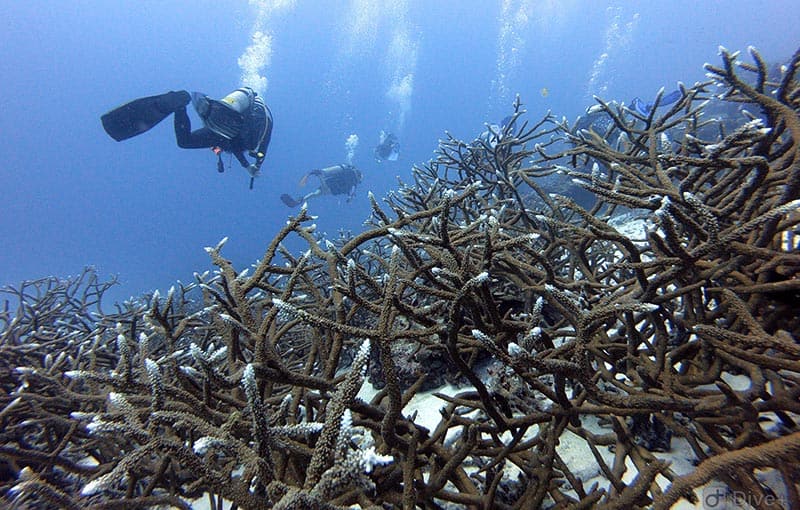 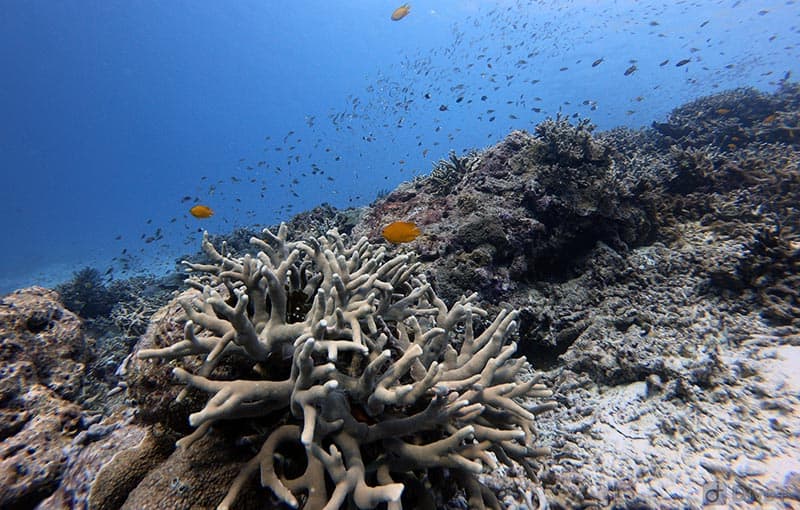 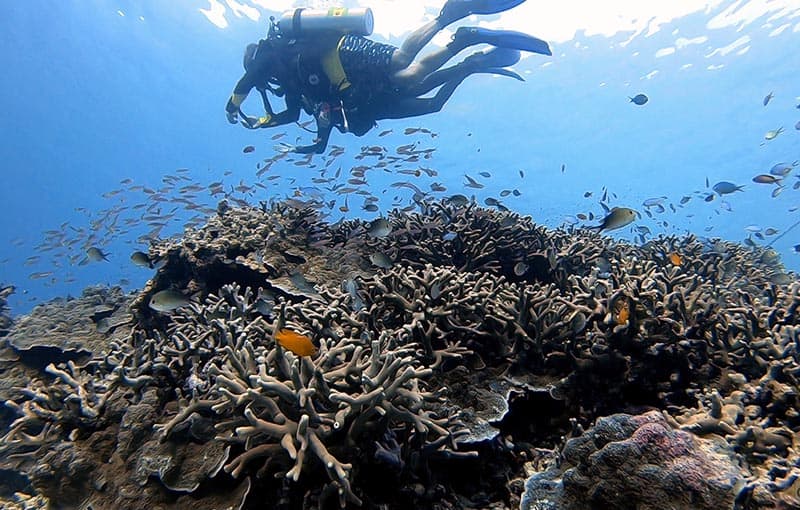 Honeymoon Bay is situated along the eastern side of Similan Island #4 (Koh Miang) in front of a small beach. The area gets its name from the fact that in the past one of the Royal Thai Princesses spent her honeymoon there, same reason while the area on the other side of the island is called Princess Bay.  This dive site is relatively shallow and well sheltered so it’s perfect for liveaboards mooring for the night. Hard coral bommies and rocks are lined up in south to north direction, and there is a 45 degrees slope that goes from around 5-10 meters to around 25 meters where it meets the sandy bottom. Most of the reef is made by hard coral (mainly Staghorn and Pore coral), while there are also some rocks hosting a few soft corals. The current is usually mild or absent, which combined with the shallow depth on top of the reef makes Honeymoon Bay a perfect dive site for our “check dive” at the beginning of the MV Giamani cruise. Many small and colorful reef fish can be found along the dive site, including boxfish, lionfish, angelfish, butterflyfish and moray eels. On the sandy bottom at the deep end of the reef is often possible to find Blue Spotted Stingrays, and Garden Eels can be seen popping out of their holes in the sand. While diving Honeymoon Bay always keep an eye to the blue as Dogtooth Tunas often make an appearance, as well as jacks like Blue Fin Trevallies.