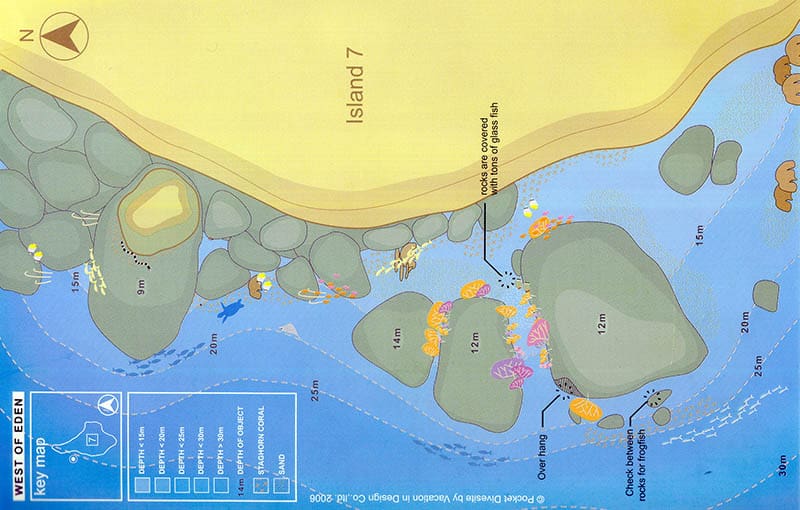 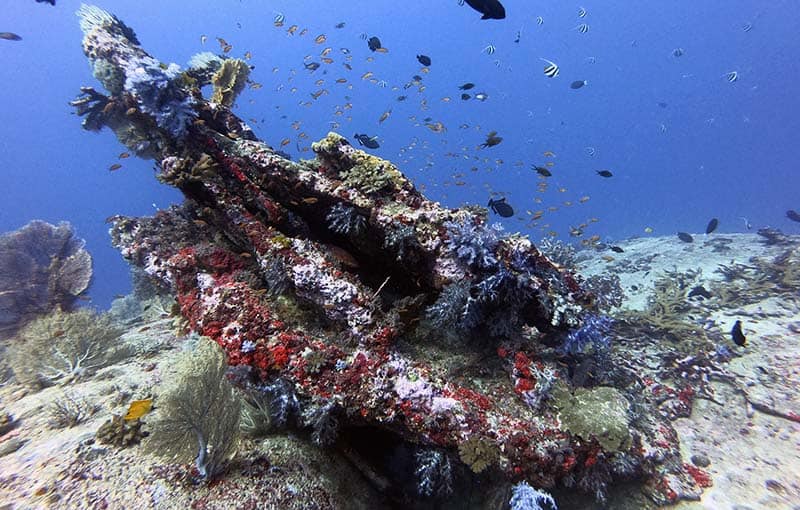 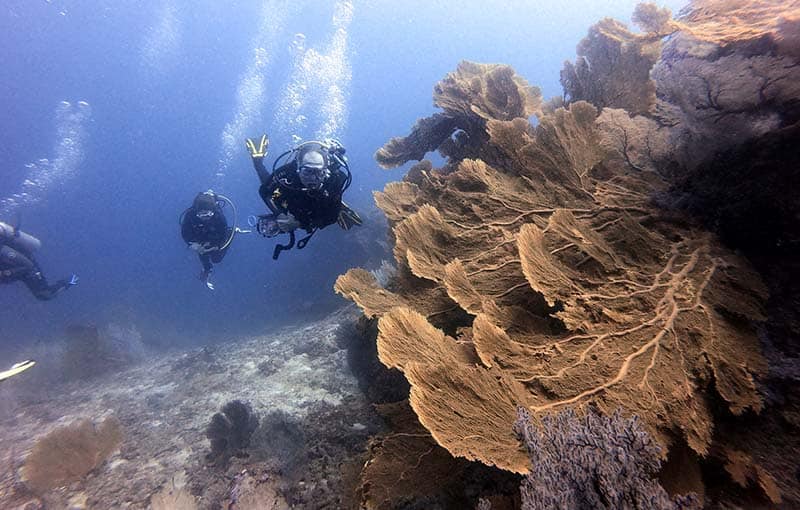 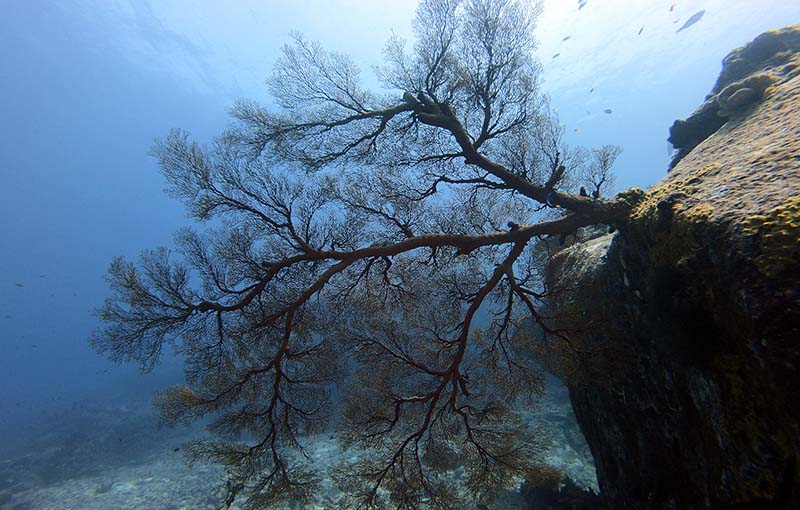 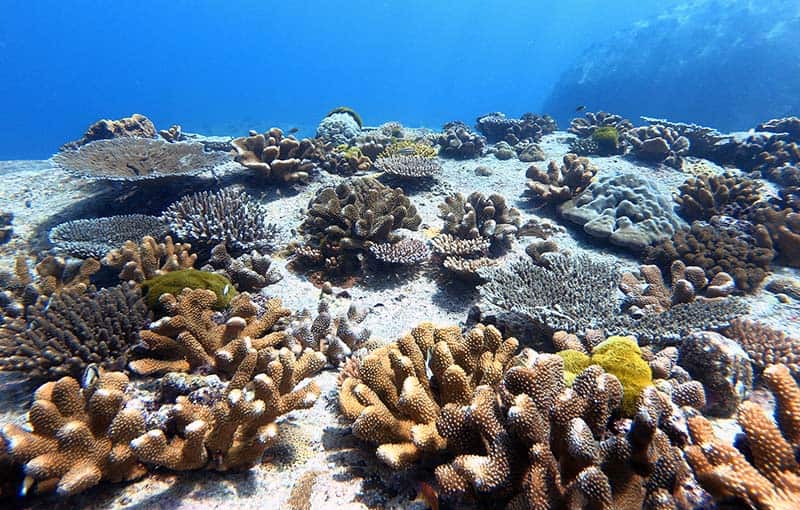 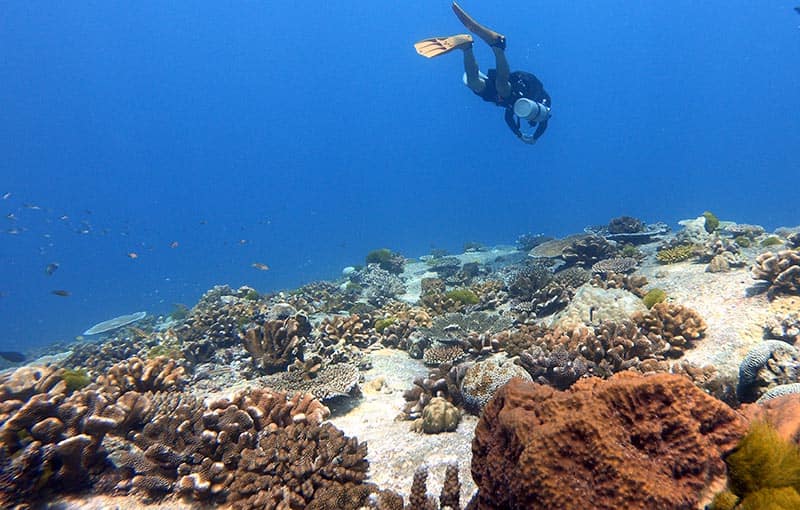 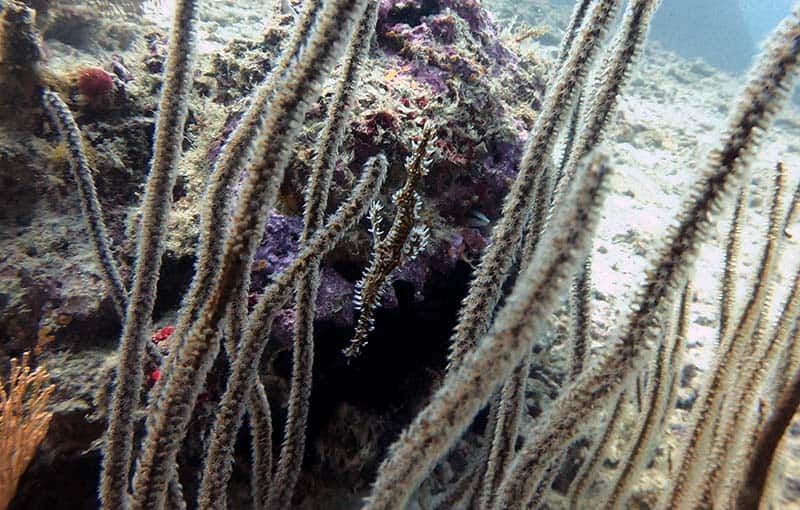 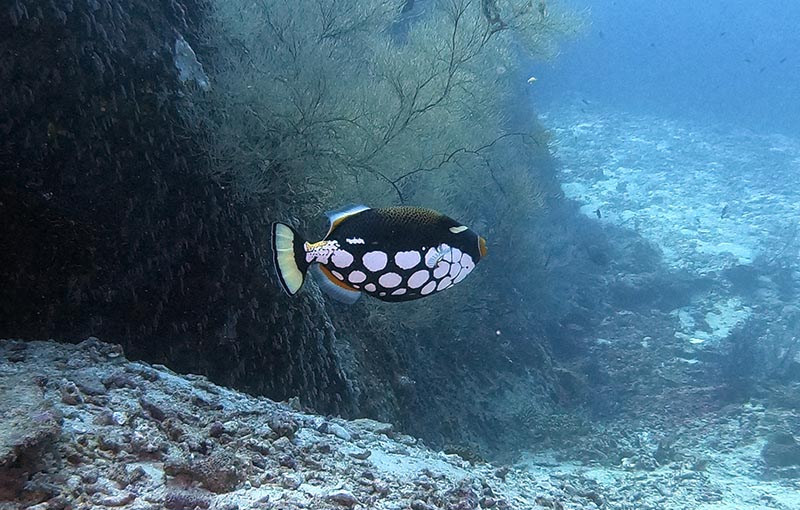 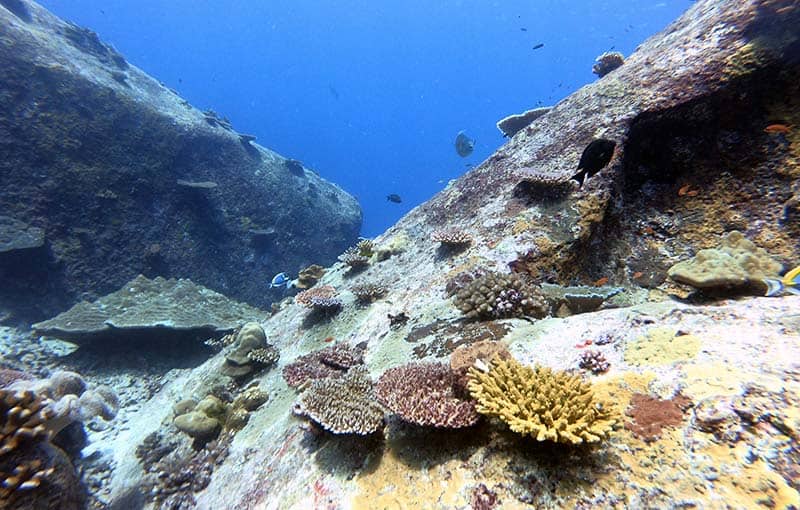 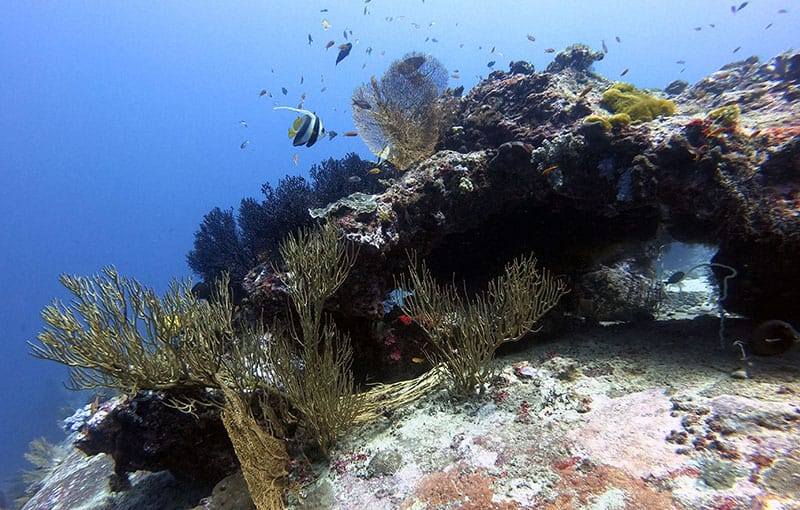 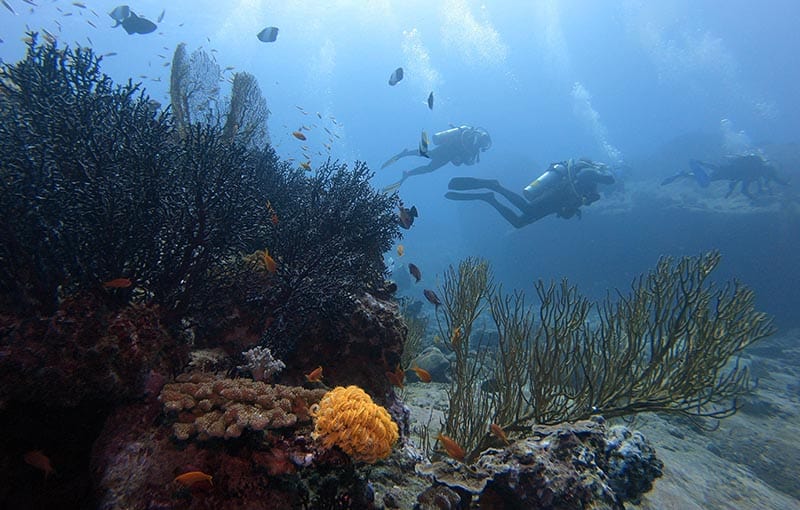 West of Eden is a beautiful dive site located on the west side of Similan Island #7 (Koh Payu), there are several different stories telling why the dive site got this name, although nobody seems to know which one is the real one! The dive site itself features two contrasting underwater sceneries. The southern part,where we usually start our dive (current permitting) is characterized by a sloping hard coral garden between 8 and 12 meters of depth. The marine life here is thriving, as the hard coral that covers the entire area is in absolutely pristine conditions and teeming with all sorts of colourful reef fish. While heading north from the garden the scenery starts to change as the reef suddenly changes into a series of massive granite boulders. The deeper side of the boulders, below 20 meters, is covered by huge gorgonian sea fans of different colors which is one of the highlights of West of Eden. The top of most of the boulders is also covered by  a large number of different types of hard corals in excellent conditions, creating a wonderful contrast of colors. Between the boulders are several channels and canyons where there are chances of seeing mantis shrimps, nudibranchs and at times even ghost pipefish. Hawksbill Turtles and Green Turtles are often encountered at West of Eden, as well as Banded Sea Kraits and other interesting marine creatures. Always keep an eye to the blue as there can always be a nice surprise there, like Dogtooth Tunas cruising by, Giant Trevallies or Bluefin Trevallies, and although rarely even Manta Rays and Whaleshark can make an appearance! Something divers should be aware of when diving West of Eden is the possibility of strong thermoclines/upwellings that might affect the dive site at any time during the dive. Although the average water temperature in the Andaman Sea is always 28-30°C, cold water upwellings as cold as 23-24°C have been witnessed. When this happens it’s important to keep buoyancy under control as the current might temporarily push up and then down when it retracts back to the deep, and the visibility can drop significantly when the phenomenon is particularly strong. The good thing is that this event usually only last for a couple of minutes and then everything comes back to normal, and in addition, this phenomenon is thought to be the main reason why the shallow corals in West of Eden are incredibly healthy and thriving.