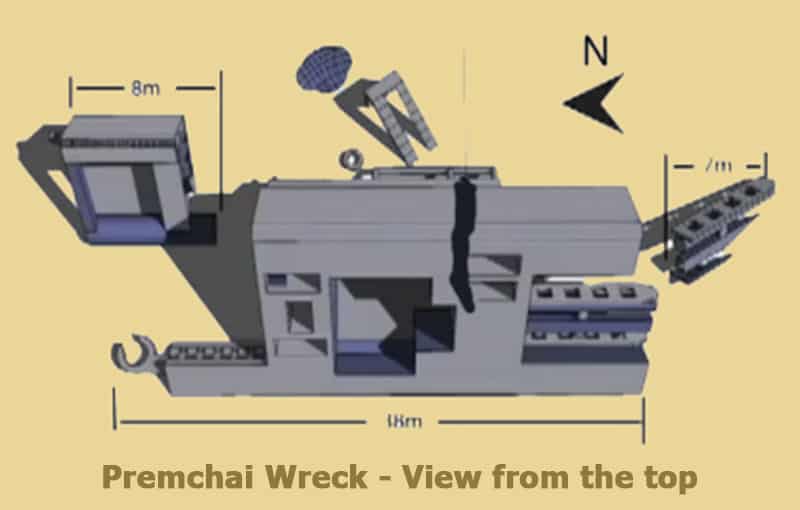 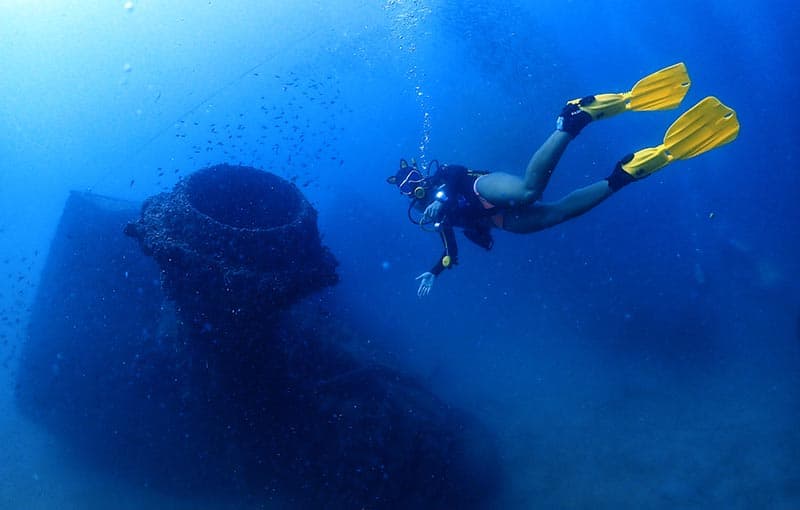 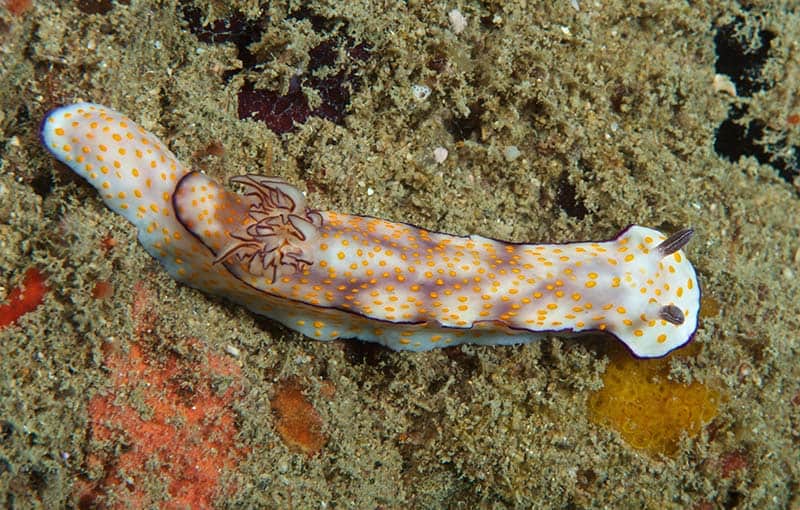 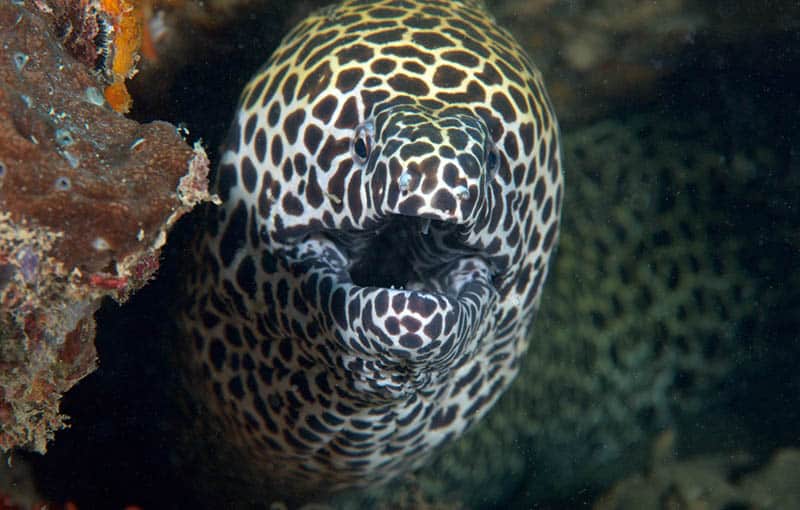 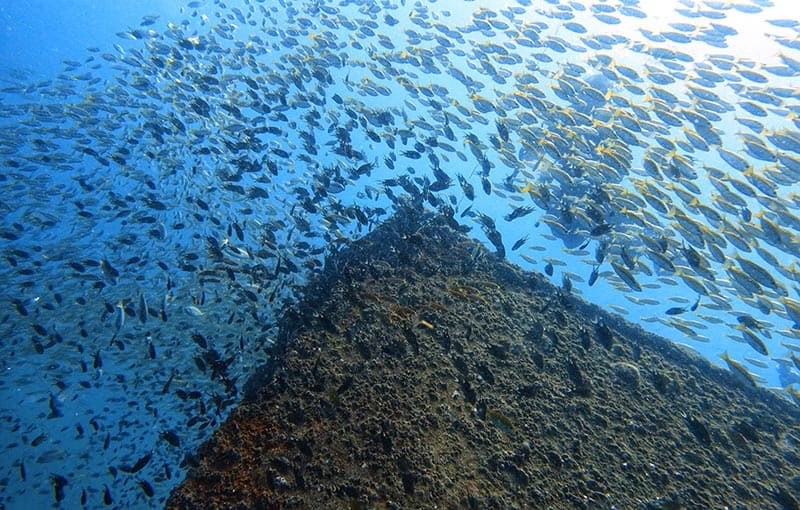 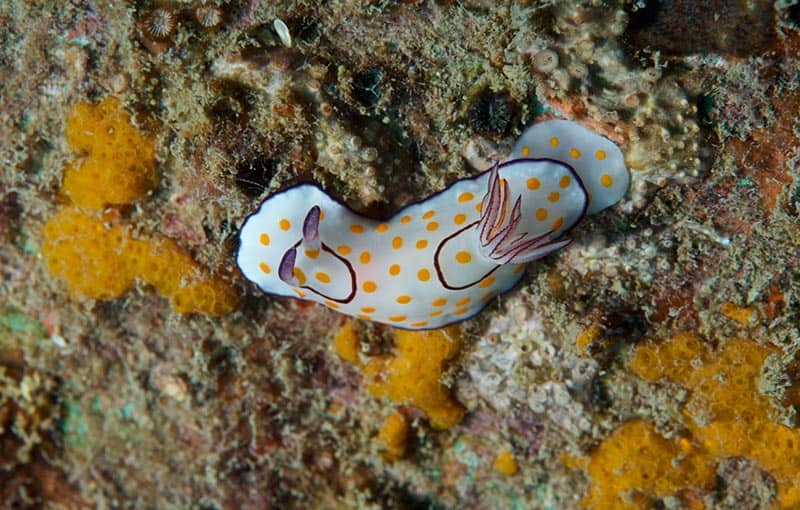 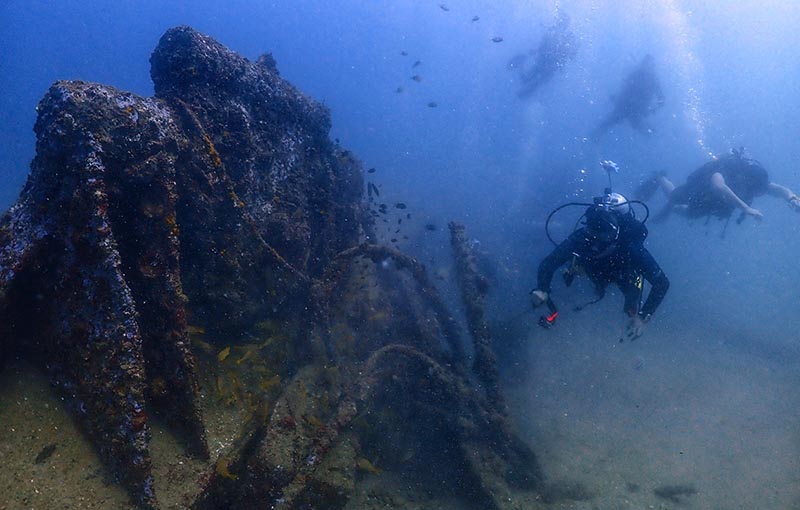 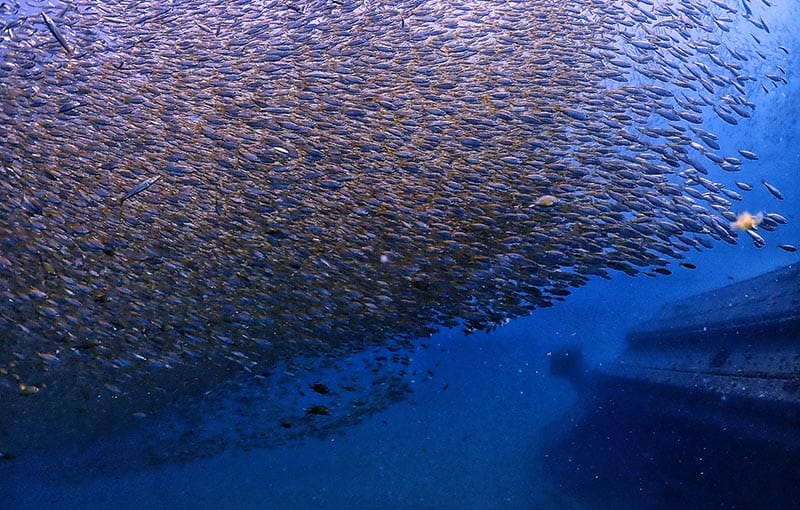 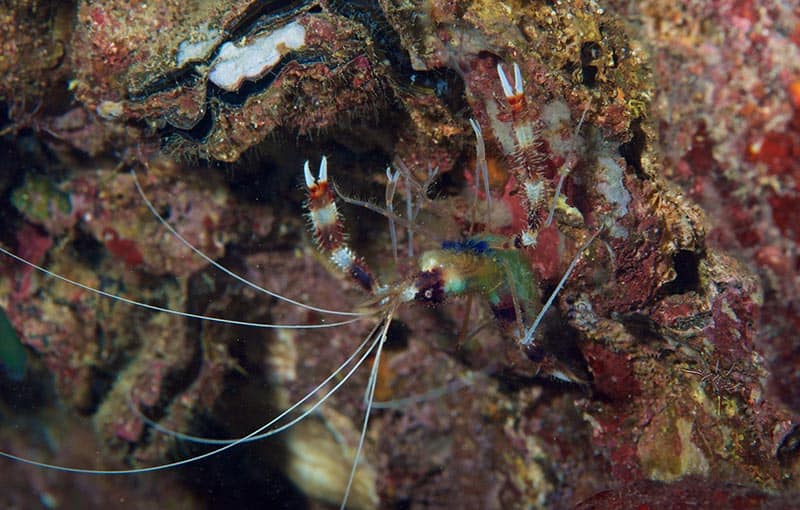 Situated only a few hundred meters of the southern end of Khao Nai Yak, close to Tublamu Harbour and just 30 minutes away from MV Sea Chart Wreck, the Premchai Wreck is a great way to end our MV Giamani cruises. This old tin mining dredge was sunk on purpose in 2001 and is now a nice nursery for a huge variety of marine life. And it seems like every year it attracts more and more fish. The Premchai wreck lies at an average depth of between 16-20 meters, with the top of the wreck reaching 12 meters under the surface and the deepest spot on the sand around 22 meters. Because of the average depth and the fact that it’s only 90 minutes surface interval after our deep dive on the Sea Chart, we recommend use Nitrox for this dive or else diving on air will mean a limited bottom time. The Premchai Wreck is still mostly intact apart from a few broken parts, and hosts an incredible amount of marine life, especially macro life with many different Nudibranchs and Shrimps crawling around. The fish is abundant too, with huge schools of Snappers and juvenile Barracudas covering the top of the wreck, as well as tons of Lionfish and Porcupine Fish patrolling the area. A large amount of Scorpionfish can also be found anywhere on the wreck’s surface and they are extremely well camouflaged, so it’s important to avoid touching anything! The elusive Ghostpipefish have also been spotted around the wreck from time to time. But the “special guest” is certainly the beautiful Honeycomb Moray Eel, a species of moray that we rarely find on the reefs, but for some reason present in good number hiding around Premchai Wreck.